MY FIRST MARRIAGE CRASHED BECAUSE MY WIFE WANTED ME TO STOP ACTING! Femi Adebayo reveals 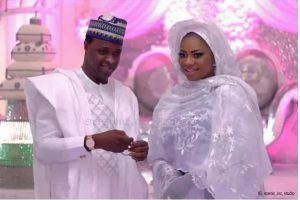 MY FIRST MARRIAGE CRASHED BECAUSE MY WIFE WANTED ME TO STOP ACTING!

It is no longer news that talented actor, Femi Adebayo, took a second shot at matrimony late last year when he was joined together with his sweetheart, Omotayo Maimunat Sanusi, as husband and wife.

The actor who had been married before with three kids finally decided to take another spouse after about seven years of divorce. The wedding which held in Ilorin, Kwara State, was attended by lots of celebrities in the movie industry. Many of Femi’s fans were unaware of his marriage plans until pictures of the wedding surfaced on the Internet.

According to Adebayo, the low-key plan was intentional. He had said at the time, “The decision is best for us as I have been on the lane before and my wife has never been. I have to protect her privacy at all cost, please we pray for the understanding of our friends and my beloved loyal fans. I appreciate you and please your prayers and support is all we need.”

The actor had also maintained that he wanted to keep his private life private. However, he told Sunday Scoop that he is having the best of times in his marriage. “I don’t like talking about my marriage because I have the right to my privacy. Even though I am a celebrity, and lots of people always want to know what’s going on with me, my fans understand why I have decided to shield my wife from public glare. But I can tell you that I am really enjoying my marriage and it is pure bliss. I was without a wife for seven years and you know what that means for a man, but now, I am happy that I made the right decision,” he said with a glow on his face.

Giving a hint into what led to the demise of his first marriage, Femi said, “When it comes to marriage, it is important to be with someone who understands you and accepts you totally. My first wife was uncomfortable with my profession as an actor, but that is what I love doing. Acting gives me joy and I will continue doing it as long as I can. I cannot imagine myself doing anything else without being miserable. I studied Law but I am not practicing it and that should tell you that I am following my passion.”

The Jelili actor also stated that he decided to give his fans a treat on Valentine’s Day as a reward for their loyalty and love over the years. He presented gifts such as cakes and customised pillows to 10 of his fans who were selected on Instagram after they succeeded in answering questions about his career.

@CitizenOsun
Previous OSUN 2018: POLITICIANS FORM MEGA PARTY TO CHALLENGE AREGBESOLA
Next Nigeria’s $1b Eurobond:﻿ ALL YOU NEED TO KNOW