Breaking News
Home / Celebrity Profile / OTHER ROOM AFFAIR: I PERSONALLY WASH MY HUSBAND’S UNDIES, COOK FOR HIM AND CUT HIS NAILS -Folorunso Alakija 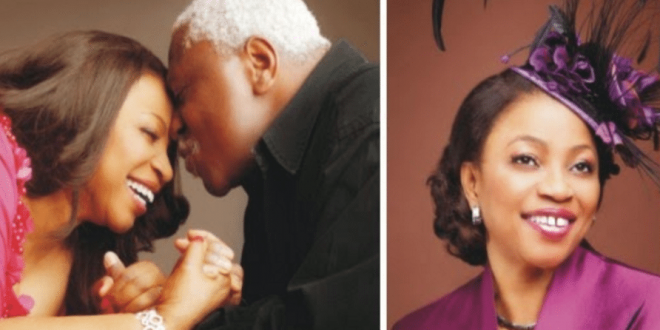 OTHER ROOM AFFAIR: I PERSONALLY WASH MY HUSBAND’S UNDIES, COOK FOR HIM AND CUT HIS NAILS -Folorunso Alakija 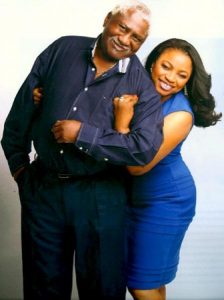 I PERSONALLY WASH MY HUSBAND’S UNDIES, COOK FOR HIM AND CUT HIS NAILS

World richest black woman, who is also the Chancellor of Osun state University, Osogbo, Folorunsho Alakija, has revealed that she still washes her husband’s undies until recently.

The executive vice chairman of Famfa Oil and group managing director of The Rose of Sharon Group revealed recently how she still dotes on her husband like a teenager who just found love.

My husband is my best friend, biggest adviser and supporter. We’ve known each other for 40 years and have been married for 37 years now and with four boys. Even though we work in the same office, I always ensure that we kiss twice in a day, morning and night. I still wash his undies until six years ago that he insisted I should stop. I also prepare his special vegetable dish and do his manicure and pedicure regularly. “I go to the airport to pick him whenever he’s returning from foreign trips. It gives me joy whenever his friends praise my vegetable dish based on what my husband tells them.

This is coming at a time when Nigerian President, Muhammadu Buhari’s “joke” of referring to the place of her wife as “the other room” implying that her duty is primarily domestic affairs while speaking in Germany, is still generating serious controversy all over the world.