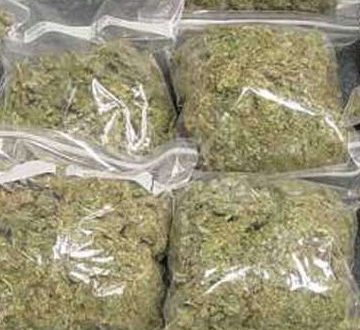 THREE suspects were on Wednesday, remanded in prison custody by a Magistrate Court, sitting in Ile-Ife for allegedly being in possession of a bus loaded with cannabis, otherwise known as Indian hemp.

The suspects, namely, Maria Oladunjoye, 48, Taoreed Olajide, 38 and Blessing Ebuka, 20 were arraigned on a 2-count charge of conspiracy and unlawful possession of Indian hemp, just as they all pleaded not guilty to the charges.

But, when their counsel, Mr Ben Adirieje applied for bail on behalf of his clients, presiding Magistrate Olalekan Ijiyode declined his application, directing him to formally make written application for bail.

Ijiyode, subsequently ordered that the accused be remanded in Ilesa prison custody pending the hearing of the bail application.

Earlier, the Prosecutor, Sunday Osanyintuyi, hinted the court that the accused committed the offence on November 23, 2017, around 11:00 pm at Seventh Day Adventist Hospital Area, Ile-Ife.

Osanyintuyi further explained that the accused conspired among themselves to commit felony to wit unlawful possession, saying the offence contravened sections 430 and 516 of the Criminal Code, Laws of Osun, 2002.

He said the accused were found to be in a possession of full bus of some quantity of substance suspected to be Indian hemp, in which they unlawfully obtained.

The case was subsequently adjourned to December 18, 2017, for mentioning.