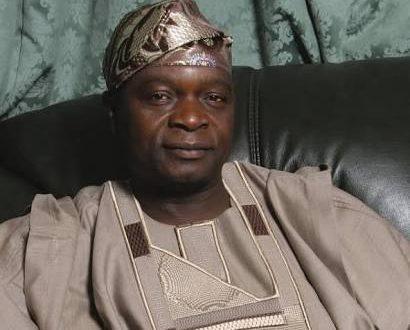 A former governor of Osun State, Prince Olagunsoye Oyinlola, has advised Christian youths to go into politics “armed with the whole armour of God.”

The former governor said it would be suicidal for politicians claiming to be Christians to join those involved in corruption and other evil acts associated with politics, saying such persons would be easily destroyed by the devil.

Speaking at a forum organised by the youths of the Living Faith Church, Osogbo on Sunday evening, Oyinlola, who was represented by his former aide, Mr. Gbenga Abiola, stated that Nigeria needed God-fearing leaders in every sector.

He said, “Christian youths should go into politics but you can’t make impact in politics as a pseudo Christian. How many politicians today are called by God? If God calls you into politics, it will make things easy for you there.

“Christians, who want to go into politics, must go there armed very well. They must be armed with the whole armour of God because of the kingdom of darkness.”

A governorship aspirant of the Peoples Democratic Party in Osun State, Mr. Kayode Oduoye, said politicians would not invite Christian youths into politics and urged youths, who had interest in politics, to register as members of political parties.

Oduoye said, “Christian youths should be involved in politics. As youths, you are vibrant, full of ideas and you have the energy to pursue your dreams. So, this is the time to get involved. Or, do you want to join politics when your usefulness has been dispensed with.

A former chairman of Egbedore Local Government Area of Osun State, Mr. Bamidele Salam, said Christians must strive to be honest in whatever position they find themselves.

He stated that not every politician would contest elective offices but advised that everybody, who found themselves in any position, should use such to improve on the lives of the people.

The Chief Executive Officer of Rave FM based in Osogbo, Mr. Femi Adefila, said Christian youths would disappoint God if they refused to show interest in how they were governed.

He said, “As Christian youths, you will be disappointing God if you do not show interest in how you are being governed.”