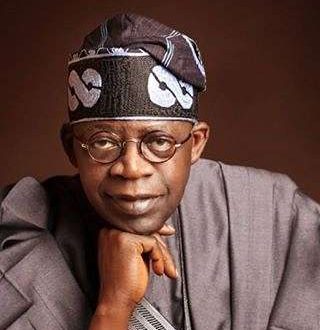 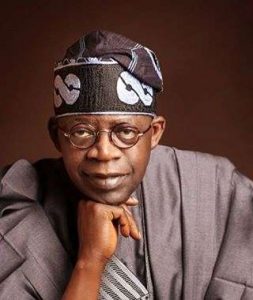 The State of Osun Chapter of Asiwaju Grassroots Foundation (AGF) on Tuesday described the former Governor of Lagos state, Asiwaju Bola Ahmed Tinubu as an undisputable leader and inventor of modern democracy in Nigeria.

AGF commended Tinubu for restoring truism to the nation’s democracy as being manifested in the 2015 general elections that was universally adjudged to be free and fair in the electoral process in the country.

The socio-polical group gave the commendation in a congratulatory message made in commemoration of the 65th Birthday Anniversary of Senator Bola Ahmed Tinubu.

The statement which was issued by the AGF’s Coordinator, Comrade Tijani Sikiru, described Tinubu as an unsung political hero and a worthwhile politician whose positive impacts remained unsurpassable in the annals of political history of Nigeria.

The group lauded Tinubu’s faithfulness that earned him the opportunity to break the record of restoring and installing the then opposition party to power in spite of naked impunity, intimidation and political threats.

AGF described Tinubu’s political ideology and sagacity as the brain behind the monumental democratic change that has pervaded the socio-political spheres in the country.

According to the group, the wind of change that has been blowing all over the country in all sectors of the country most importantly on security, agriculture, health and education had been the products of Tinubu’s masterpiece single handedly planned for Nigerians.

The AGF said the Tinubu’s political ideals had endeared the All Progressives Congress to the electorates and as well earned the party all-round success in most of the elections conducted since 2015.

“As a private sector worker, a businessman and two-term Governor of Lagos State, Asiwaju Bola Ahmed has made indelible mark in the political history of our dear nation.

“Aside the fact that he installed the present government led by President Muhammadu Buhari, he (Tinubu) remains the uncontestable and non-competitive leader whose wealth of experience brought about the emergence of opposition to power.

“He broke the records in 2015 by installing President Muhammadu Buhari on the then opposition party to government. He also set path for true democracy and impactful governance.

“Tinubu is the sole engineer of change. Angel of change, true democrat and an undisputable patriotic leader that Nigeria has ever had in her political evolution.

“We believe firmly in his rising political profile that is built on the template of truth, sincerity and high sense of commitment on the upliftment of humanity.

“We felicitate with you as you clock 65 years tomorrow and we believe that your gracious ageing remains a testimony to your Godliness, forthrightness, diligence and doggedness towards the improvement and development of mankind.

“As one of the pillars of the APC, we commend your visionary leadership style that has earned you a number of accolades and encomiums in all spheres of life.

“It’s not a doubt that your political strengths and weights had succeeded in creating a formidable opposition party in Nigeria that worked vigorously within a short period to oust a party that had been in power for 16 years just as the multiplier effects of this stride is being manifested in all the elections conducted since 2015 in Nigeria.

“For these, we believe that your spirit of patriotism, commitment to democracy and good governance as well as your generous fortitude will always be remembered and appreciated by the present generation and generations yet unborn in Nigeria and beyond.

“It is our delight to join millions of well meaning Nigerians to celebrate Asiwaju Bola Ahmed Tinubu; the  “Father of Nigeria”; “Father of Politics”, “Patriotic Leader” and “the Nigerian Mandela of our time”.

“We will continue to appreciate and remember the spirit of patriotism and commitment to democracy and good governance which you have impacted in the lives of every Nigerian.

“We pray God to grant you long life, good health and divine wisdom as you contribute towards national growth and development.