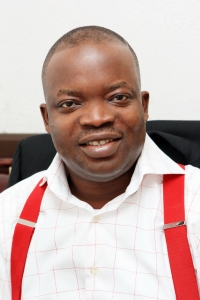 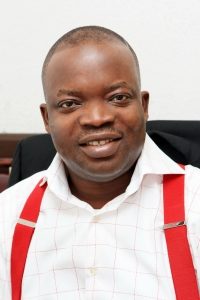 …How Jehovah’s Witnesses Expelled Him

You remember him? Simon Ademola Akinteye? The controversial banker whose financial recklessness led to the “death” of a promising bank.

“Integrated Microfinance Bank (IMFB) was one of the “most seen successful” microfinance banks in Lagos. With branches in 24 states and over 700,000 clients in its kitty, its Managing Director and CEO, Simon Akinteye prided himself as one of the finest bankers in Nigeria, “winning” awards here and there, riding one of the most expensive cars. But today the story has changed.

In August 2009 when the global financial meltdown was staring the nation in the face, Akinteye told journalists in Lagos that his bank was not doing badly. According to him, what was happening to IMFB was a function of the global meltdown at the time.

He explained, “The entire financial system is going through a phase and that phase is confidence. But the microfinance industry in Nigeria is young, and issues have always been: will the banking public have confidence in microfinance? When the global financial crisis persisted, with this recent crisis in our banks and other issues, we noticed panic withdrawals in our bank. It’s not because they need the money but because they are afraid.”

Following panic withdrawals, he said the bank had concluded plans to re-enforce its operational activities with at least N1.1 billion to meet its customer obligations and shore up confidence of depositors.

Akinteye said with the injection of about N1.1 billion into the bank, the bank would be more than ready to satisfy all customers’ requests and keep its loans running because its capital base would not long hit over N4.4billion.

The discussions he said were almost complete with at least two foreign core financiers who would take a minimum of 20 percent equities in IFMB adding that the process of regulation would also complete soon and an extra ordinary general meeting would be called so shareholders could ratify the move taken by the board.

He also said IMFB was adding value to the economy. “We have direct staff of about 3,000 and in the last two years, we have disbursed aggregate loans of more than N10 billion to about 82,000 grassroots people,” he once maintained.

Few weeks after these claims, the bubble burst, the bank customers flooded the headquarters of the bank at Adeniyi Road, Ikeja Lagos to collect their hard-earned money only to discover that the office gate was under lock and key. Even as at yesterday, the gate was still locked while thousands of customers have been left alone, licking their wounds.

It was however learnt that the erstwhile CEO, Akinteye is currently in Akure, Ondo State. It was gathered that he has opened another microfinance bank under a new name.”

In 2015, another newspaper published an article about Akinteye who was at that time dragged before Justice Okon Abang of a federal high court sitting in Lagos over fraud.

“Akinteye is facing criminal charge before the court alongside two other directors of the bank over alleged banking malpractices and fraud to the tune of about N604 million.

The directors are Jerry Orimobuohoma and Gabriel Adepoju.

They were specifically accused of granting questionable loans to themselves and other companies without collateral.

When the case came up, lawyer to the second and third accused persons, A.O Sheriff had moved an application to close the case of the prosecution.

The application was predicated on the fact that the prosecution had abandoned the case on three consecutive adjournments after the testimony of the first prosecution witness.

The prosecution’s counsel, Mrs. Kehinde Bose Ayeni was not in court when the matter was called.

Having listened to the submission of the defence lawyer, Justice Abang closed the prosecution’s case for lack of diligent prosecution.

In the six count charge dated May 22, 2013, the three accused persons were said to have committed several monumental banking fraud by granting questionable and unauthorised loans to companies in which they are directors and other companies.

In count one, Akinteye, Orimobuohoma and Adepoju were said to have conspired among themselves to grant N327.566 million loan to themselves and other related companies without collateral contrary to Section 518 (6) of the Criminal Procedure Act and Section 19 (4) of the Failed Banks Recovery of Debt And Financial Malpractices in Banks Act and punishable under Section 16 (1) (A) of the same Act.

The loan, according to the charge, is yet to be repaid.

In count two, Akinteye, while being the Managing Director of the bank, which is located at 6A, Adeniyi Jones, Ikeja, Lagos, was said to have caused the sum of N131.176million to be withdrawn by Adewale Ayoade, the head of treasury of the bank, which the boss converted to his personal use, contrary to Section 19(1)(d) of the Failed Banks(Recovery of Debts) and Financial Malpractices in Banks Act as amended and punishable under section 20(1)(a) of the same Act.

In count three, Akinteye was said to have caused another N3.2 million to be granted as a loan to Continental Poly Sack Limited, a company which one Bello Oladapo is its director without collateral.

Specifically, he was said not to have taken all reasonable steps to ensure compliance with the rules of the bank, while the said loan is yet to be repaid.

In count four, Akinteye allegedly caused N5.79 million loan to be granted to Deslad Nigeria Limited, a company in which he is a director without declaring his interest in the company during the meeting of board of directors of Integrated Microfinance Bank.

The offence contravened Sections 18 (1) (A) and 18 (3) of Banks and Other Financial Institutions Act (BOFIA).In count five, the second accused (Jerry Orimobuohoma) was said to have caused N29.2 million loan to be granted to Real Steal Company Limited, a company in which he is the Managing Director without declaring his interest in the company during the meeting of board of directors of Integrated Microfinance Bank. The loan was also said to have been granted without collateral.

In count six, the third accused (Gabriel Adepoju) was also said to have caused N108 million loan to be granted without collateral to Gad Press Limited, a company in which he is the chairman.”

Alot of people who knew Simon with his “extra luxurious” lifestyle have however been wondering about his whereabout all this while. OSUN CITIZEN was informed that Simon who before now was a member of Jehovah’s witnesses has been expelled by the christian group over his many unholy conduct. Simon was said to have been advised and even counselled by his brother in the same faith all to no avail. His Jehovah’s witnesses brothers were left with no choice than showing him the exit.

Presently, we learnt he has pitched his tent with one of the most popular pentecostal churches famous for having its monthly prayer program on Lagos-Ibadan expressway. He is said to have been made a pastor on arrival by this church without taking a critical look at his history.