Breaking News
Home / Entertainment / Being A Musician Is The Best Thing That Has Ever Happened To Me – Canada Based Musician, Lola “Ultimate” Fadipe 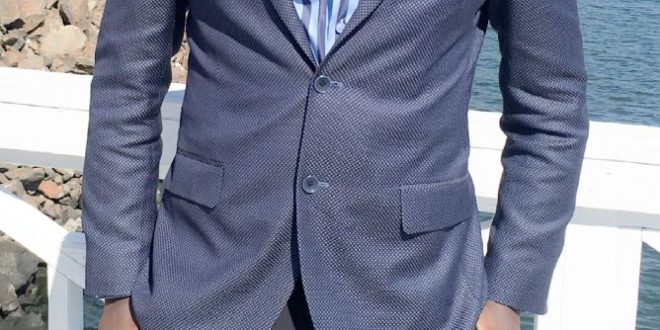 Being A Musician Is The Best Thing That Has Ever Happened To Me – Canada Based Musician, Lola “Ultimate” Fadipe 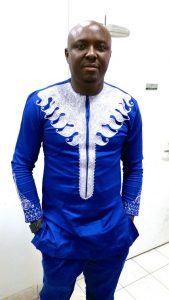 Babalola Fadipe is one of the most gifted musicians Osun state has ever produced. People who are familiar with the social life in the state many years ago will attest to this fact. His weekly gig was the talk of the town in the whole of Osun state and its environs

At a time when everyone was enjoying his juju/highlife laced with gospel music, Lola Ultimate as he is fondly called, did the “unthinkable”; he left all the fame, money and influence, and continued his journey in life in another country known as Canada! This singular act of his, left many of his fans in shock because they had no idea of when they will see their darling Lola Ultimate again.

After so many years of looking for him, OSUN CITIZEN crew led by the Executive Editor, Dotun Olanibi finally caught up with the smooth talking dude. It was a happy reunion in Toronto Canada as this distinguished OSUN CITIZEN took us through the reason for his exit at that “peak period” and what has been happening to him all these years.

Kindly tell us how your career as a musician started?

My music career started late 1994. Being raised as a Christian that time means you must be a member of the choir, so I was not an exception. At a young age, I have distinguished myself as an excellent percussionist. To be honest with you, the only reason I go to church in those days was to be able to play music and marvel at people’s reaction to it. I believe this background information is relevant to how I eventually started the music. I got inspired by late Tunde Adejuwon. Sometimes in 1994 I came from Ibadan to Ilesa, and I attended a party around Ita-Ofa where he was playing. I stood for almost 3 hours watching him play with such dexterity, but I was more intrigued by people’s reaction to the music. I felt myself telling myself that I can do this since I also know my way around the keyboard. Luckily for me, I have a family that has few guys that are talented musically. When I got home next morning after the party, I just spoke to them about my vision, and they agreed with me. It would be incomplete if I do not mention the Root club of Ilesa who gave us our first start and mentored us for a very long time. Without them maybe they dream would have died with us. 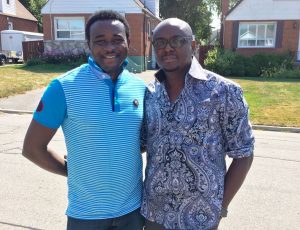 How many albums do you have so far?

So far I have four albums with three released.

You left Nigeria at a point when your brand; “The Ultimate Band” was already a household name, why did you take that decision?

This is a question that few people had asked me in the past. I think it will be honest to say I have never looked at myself as a career artiste, If I had I would have fared better in the industry. I love music, and I believe it is one of the best things that has happened to me in my life. So all the while I was playing music, I was just having fun. Those days we usually performed Friday, Saturday, and Sundays and I have to go to school next Monday. I felt that was not right for me. I believed there should be something more, so one day I asked myself this question. “where do you see yourself in 10 years”? I could not answer that question satisfactorily and that was the day I decided I have to move on to the next stage of my life. A decision I will forever thank God for.

So how is it being an indiginous artiste overseas?

Being an indigenous artiste in a foreign country has its advantages and disadvantages obviously. One of the benefits is being an ambassador of our beautiful culture. Through our music we preserve, replicate and reproduce our culture which is good for Nigerians that are being born in diaspora, many of whom have never traveled to Nigeria nor will. A disadvantage that readily comes to mind is the frequency of shows here. Even though things are getting a little bit better now, artistes are not as busy as other artistes residing in Nigeria; this is because we do not have as many Nigerians living in Canada as London and even those that are here are scattered all over the provinces. When an artiste is unable to perform often or practice often, there is the tendency to lose skills.

What are the challenges confronting you as an artiste here?

What I described in the earlier question will be one of the challenges artistes face here, but it is not limited to that. Perhaps the most difficult challenge for artistes here is human resources or the right personnel to do the job. I am sure you know what we do require a particular skill set that is not readily available. The few instrumentalists we have here is highly sought after, and it is not only artistes that are after them. Churches as well compete for their attention. I remember I have to bring in talking drummer from the US for more than six years. You can just imagine how much that will cost and its impact. I cannot say we have overcome this because even though we now have few instrumentalists here but not enough to form a full band. In Canada too we also have more than eight bands meaning it is the same instrumentalist playing for all the bands. This makes it tough to differentiate brands and genre.

I will say without a doubt Gbenga Falope junior

We know you attended The Polytechnic Ibadan, can you tell us more about your further studies?

Like you rightly said, I did attend The Polytechnic Ibadan and studied Mass Communication. Here in Canada, I studied Social Work at Sheridan College, I also have a degree in Sociology and am in Graduate school as we speak

If for instance, you are not a musician, what would you have rather been?

I would have loved to either be a lawyer or a college professor without doubt, and I might still end up being that.

Looking back, do you have any regret being a musician?

Being a musician has been one of the best things that ever happened to me. Life would have been incredibly boring without music and being able to inspire few other artistes like my brother Femo Lancaster inclusive have been a life honor.

What distinguishes you from other artistes?

I think that is the most difficult question you have asked so far. I think differentiation would have to do with individual’s personality. In regards to music, I think musicians have more in common than they know. I do not believe I am that different from other artistes. If there are any differences, it will be my personal values.

What is your philosophy of life?

My philosophy of life is quite simple, the world is a stage, and we are all actors. At a point you will come on stage, play your part and leave. Make sure you do it well and leave a good footprint on the sand of time.

What message do you have for your fans home and abroad? 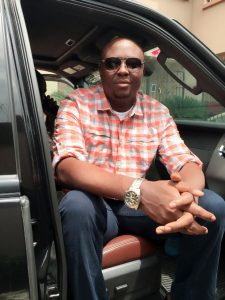 @CitizenOsun
Previous UK-based Nigerian accuses police of extortion, harassment
Next MORE TROUBLE FOR AREGBESOLA AS COURT GIVES HIM SEVEN DAYS TO EXPLAIN WHY HE IS WORKING WITHOUT COMMISSIONERS SINCE 2014