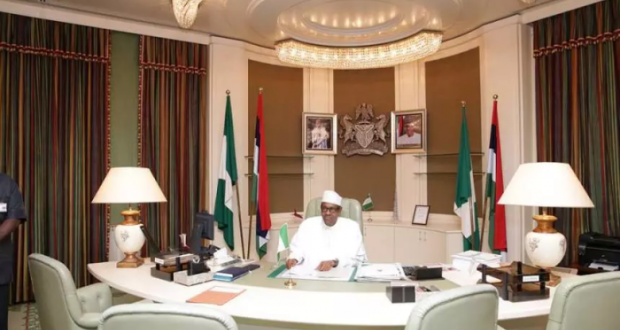 Barely 48 hours after the Department of State Services, DSS, had taken seven suspected corrupt judges into its custody, details of what led to their arrests and how they were picked up from their homes by operatives of the agency began to emerge last night.

Competent sources close to the operations told Vanguard that the agency could no longer watch and allow corrupt judges use their positions to engage in sabotage, subversion and espionage latching on huge proceeds of corruption.

A source said that unknown to most Nigerians, some of the judges had been collecting huge bribes to subvert the will of the people, using the proceeds to acquire choice property and build fat bank accounts without putting in enough efforts to do the job they were paid to do.

The source said that based on series of petitions from concerned Nigerians to checkmate the excesses of the corrupt judges, the DSS moved in and began a covert investigation, which finally led to the establishment of prima facie evidence against them.

“As we speak now, we have incontrovertible evidence of brazen corruption against the seven judges in our custody and we are ready to charge them to court, even tomorrow.

‘’By our own analysis, the rot in the political scene – election rigging, inter and intra-party crises and election petition trial from tribunal to Supreme Court – gave rise to the deep corruption in the judiciary.

“In the economic sphere, Nigeria lost cases to foreign investors due to the collusion of judges with foreigners, leading to the loss of hundreds of billions of Naira by the country, among them, the Malabo Oil deal where the country lost over $2 billion.

“We have the mandate not only to pre-empt and prevent but also to take necessary actions to bring the culprits of economic and financial crimes to book.

‘’That is why we are challenging those who think that our action is unconstitutional to take us to court since we cannot allow Nigeria’s security interest to be jeopardised.

“Let it be known that anybody whose action can create hardship for the rest of Nigerians must be stopped by us before the crime is committed and there is no other agency that is as capable of doing that as the DSS,’’ the source said.

It was learned that the DSS had an easy access to the bank accounts of the detained judges and actually established that they had been taking bribes from many sources in the discharge of their duties but used the names and pictures of their wives, children and siblings to open such banks account, which were not known to most of those whose names appeared in the bank ledgers.

“When we brought in most of the children, wives and relatives of the suspects based on the papers we got from the banks, they did not even have an idea that their names had been used by the judges to open such accounts.

“But you see under the Bank Verification Number, you must put in your passports, name, signature and others. So, for some of the judges, who used fake names and their wives names to open the accounts into which they paid in the proceeds of crime, they foolishly appended their signatures or used their pictures, something that gave them out.

“From what we have found out, some of the suspects acted foolishly in committing the offence because they cannot prove that even if their children were to earn N1 million monthly since they were born till date, none of them can accumulate the amount of money we have traced to their accounts and the type of property they have.

“Look, it may interest you to know that one of the two Supreme Court judges in our custody has a property worth N1.5 billion in one of the South-South states. If we may ask, where did he get the money to set up such project?”

“As far as we are concerned, there is nothing unusual in arresting corrupt judges and taking them to court because it would be an offence against the nation to continue to turn a blind eye to mounting corruption in the judiciary.’’

The official also pointed out that another judge, who is being detained and questioned, disguised as a shopper in one of the supermarkets and ended up collecting bribes in Dollars from a ‘client’ only to be caught on CCTV camera.

The official expressed regret that the National Judicial Council, NJC, which had the responsibility to track and punish corrupt judges, had tended to condone evil being perpetrated by the corrupt elements, citing the cases of three indicted judges as example.

“The NJC, having been satisfied that the three judges demanded and collected heavy bribes, merely recommended the retirement of the one who took a bribe of N200 million and asked him to be paying back in bits to the complainant. So, we ask, what happens to the proceeds of crimes? No answer was given until we stepped in.

“Similarly, the two other judges were retired with full benefits, smiled away. Since then, the NJC has not been cooperating with us and we cannot allow the rot to continue in the interest of Nigeria.

Turning to the appearance of Governor Nyesom Wike at the scene of the arrest of a suspected corrupt judge of the Federal High Court in Port Harcourt, the official noted with concern the action of the governor, wondering what he went to do at that time of the night, if he was not part of the judge’s deal.

“It was the governor, who blocked the DSS operatives from seizing the $2 million crime proceeds, which the judge had made from the PDP crisis stoked by a faction backed by the governor.

“But for the our highly professional operatives and service direction, we would have beaten up Wike that night so that he would have explanations to make on why he went to a crime scene at odd hours and aided a suspect to move $2 million crime proceeds to an unknown location.

“But we already have an idea of where the money was moved to and we are going to retrieve it and bring the judge to trial. As a matter of fact, we are going to treat the Port Harcourt FHC judge case as a ‘special case’, given his collusion with the governor to obstruct our work.

“The behaviour of the judge has worsened his case. In the last three months, the judge has been going across the Nigerian borders with other countries collecting bribes for himself and others.’’

The source also indicated that the judges might be allowed to go home as soon as they answered the questions put to them by the operatives, adding that they were being given royal treatment, in view of their status and the need to give them a conducive atmosphere to speak up.

The seven judges arrested and currently in detention at the SSS office are Justice Inyang Okoro and Sylvester Ngwuta of the Supreme Court; Adeniyi Ademola of the Federal High Court, Abuja; Kabir Auta of the Kano High Court; Muazu Pindiga of Gombe High Court, Mohammed Tsamiya of the Court of Appeal in Ilorin, and the Chief Judge of Enugu State, I. A. Umezulike.

It was learned that no fewer than eight other corrupt judges are being investigated and would soon be picked up to have their day in court.

Attempts by Vanguard to get the names of the eight judges were unsuccessful last night, but they are said to be spread across the country.

Attempts to speak with the Director General of the DSS, Mr. Lawal Daura, proved abortive, as the agency is yet to appoint a spokesman since the last one was retired last year.