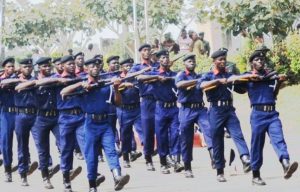 The Nigeria Security and Civil Defence Corps in Borno State has arrested a 38-year-old woman, Hauwa Adamu, who allegedly used flaming charcoal to burn the private parts of her seven-year-old stepdaughter.

NSCDC Commandant, Mr Abdullahi Ibrahim, told the News Agency of Nigeria on Wednesday in Maiduguri that the woman was arrested in Moduganari area of Maiduguri.

He said the case was reported to the command by good Samaritans.

Ibrahim revealed that Adamu allegedly meted out the horrible acts of punishment on the minor over what she called disobedience.

According to him, preliminary investigations indicated that the suspect subjected the girl to different forms of abuse.

Ibrahim said the girl was put under the suspect’s care sequel to the separation of her parents.

He added that the case had been transferred to the National Agency for the Prohibition of Trafficking in Persons, for further investigation and action.