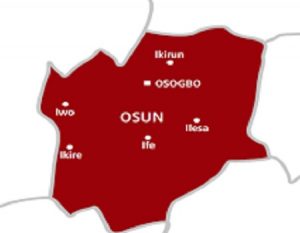 CIVIL  servants in Osun State, yesterday, embarked on a three-day warning strike as directed by the leadership of the  labour  unions in the state.

When our correspondent visited the government secretariat, Abere, yesterday, there was total compliance as the main entrance gate of the secretariat was under lock and key.

The leadership of the Nigeria Labour Congress, NLC, in Osun State, had  on Tuesday  ordered all workers in the state civil service to embark on a 3-day warning strike effectively from  Wednesday to Friday this week  following the refusal of the state government to offset workers outstanding salaries arrears and other entitlements.

The leadership of the Congress directed all workers in the state to act accordingly to press home their demands which have been hanging for a long period of time in the hand of the state government.

In the communiqué by the state NLC Chairman, Comrade Jacob Adekomi, Comrade Bayo Adejumo, Chairman, JPSNC, Comrade R.A Adeyemi; NLC Secretary, Comrade Adebowale Adekola, Chairman, TUC, Comrade Akin Olatunbosun, Secretary TUC and others, they threatened to embark on an indefinite action if, at the end of the warning strike, the government fail to meet their demands.

The leadership of the  labour  unions commended the civil servants in the state for the total compliance and appealed to them to make it total in the remaining two days.

@CitizenOsun
Previous OGUN: PROPHET ALLEGEDLY KILLS LOVER FOR RITUALS AFTER HAVING SEX WITH HER
Next PASTOR PARADED FOR SEXUALLY ASSAULTING 17-YEAR-OLD MAID