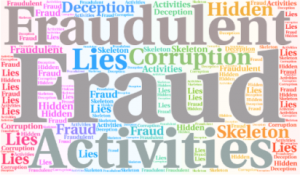 OPERATIVES of the Nigeria Security and Civil Defence Corps, NSCDC, Ondo State Command, have arrested the leader of a syndicate based in Ondo town, Owoseni Ademeso, after the syndicate swindled a woman of N4.2million. fake Pastor The suspect, popularly called Dr Quash, allegedly collected N4.2 million from Folasade Olukinni to exorcise his son of evil spirit.

The suspect was said to have swindled two victims. But the details of the second victim were not known at press time. According to the Public Relations Officer of the command, Samuel Oladapo, the alleged evil spirit was said to “have been tormenting the boy since early this year.

“He was the gang leader of a syndicate of fraudsters based in Ondo town. His members, Olaotan Olaniji and Akinjisola Temidayo were arrested in May, while Ademeso was at large.

“The two suspects were arraigned before the Federal High Court, Akure, where they were remanded in the prison custody.  Ademeso was arrested on Sunday, July 22 based on intensified surveillance placed on him by CTU.

“He had successfully duped two victims to the tune of N4, 250,000 before his arrest. “However, the suspect denied the allegation by the woman.”