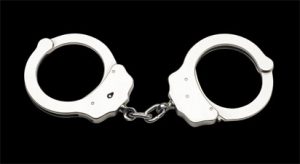 An 18-year-old girl, Barakat Ganiyu, has been arraigned in Lagos for receiving cartons of stolen exotic wines and a pot of pepper soup, valued at N440,000.

The Prosecutor, lnsp. Uche Simeon, told an Ojo Magistrates’ Court on Wednesday that the accused committed the offence on Jan. 28, at 8.30 p.m. at Isashi area of Ojo, Lagos. He said the accused collected stolen cartons of exotic wines, fried meat and a cooler of pepper soup, all valued at N440,000, from her boyfriend, Ibraheem and three others at large.

“The boyfriend and his three accomplices, who were bar attendants, had stolen cartons of Red Label, Andre, Campari and Joven brands of exotic wines from their employer, Taiwo Izuchukwu. “They also stole a cooler of pepper soup and 12 pieces of fried meat and took them to Ganiyu’s house. “Izuchukwu, who had been alerted, traced them to where they took the loot; when they saw her on their way out of the accused’s house, they took to their heels. “The accused, who collected the items knowing that they were stolen was, however, arrested, but the police are still on the lookout for the other four suspects,” Simeon said.

The offence, he said, contravened Section 328 of the Criminal Law of Lagos State, 2015 which stipulates six months imprisonment or N90,000 fine if found guilty.

The accused, however, pleaded not guilty to the one-count charge of receiving stolen goods. Magistrate A. A. Adesanya granted the accused N200,000 bail with two sureties in like sum. He said one of the sureties must be a relation of the accused. The case was adjourned until April 4 for mention.