Over 250,000 Nigerian couples are currently battling with infertility in the country, Senate Chairman, Committee on Health, Senator Lanre Tejuosho has said.

He said the issue of childlessness was often blamed on the women, even though reports suggest 50 per cent of infertility problems were caused by men. “This perception does not represent the reality, as the causes of infertility are often shared between males and females,” he said.

Tejuosho, who spoke during the ‘Merck More than a Mother’ initiative by Merck Pharmaceuticals in Lagos, said one in four Nigerian couples have infertility challenge, adding that this statistics needs some attention. “We need to focus on how we will make the health institutions accessible to them for infertility management.”

While decrying stigmatisation of women due to fertility challenges, he called for increased advocacy so that men will also know it is not an exclusive problem of the women. “When men are also very enlightened on this, they will have the courage to come out with their wives to seek treatment, so that treatment efforts can be directed accordingly. Awareness and education can greatly reduce the high number of infertility in the country,” he added.

Noting that the federal government was putting all efforts on ground to ensure healthcare centres were strengthened across the country, Tejuosho explained that within the next two years, there would be 10,000 functioning health centres across political wards of the country.
He also noted that the legislature will close ranks during health budgeting to make sure health centres have the capacity to attend to infertility issues.

Lending his voice, the Chief Social Officer, Merck Pharmaceuticals, Dr. Rasha Kelej, said the main reason for the establishment of Merck was to empower women in Africa and also to create awareness to change the mindset of people against infertility.

“We are here in Africa to empower women to create awareness, information, health and change of mindset. It makes me sad listening to stories on stigmatisation, especially when only the women are blamed for infertility. Men do not want to admit the fact that they can be the cause of infertility as well. 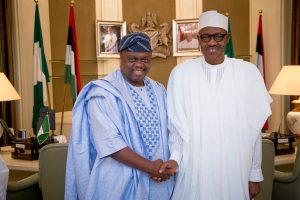 “We want to change all these. We know changing culture and belief is very difficult, but with integration and cooperation of the media, there can be awareness on infertility, which would also help eliminate stigmatisation. Women are to be respected,” she added.

While urging men to boldly cone out and speak of their fertility problem, she urged the society to respect women. “Even if they don’t have children, we should respect and appreciate them and they will become reproductive members of the society as well,” Kelej noted.