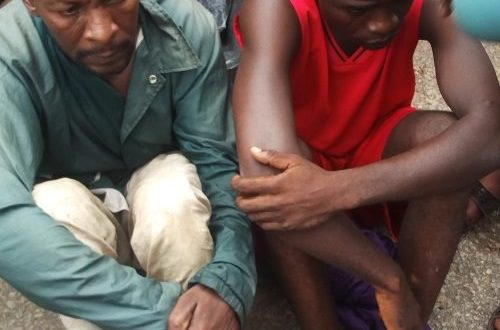 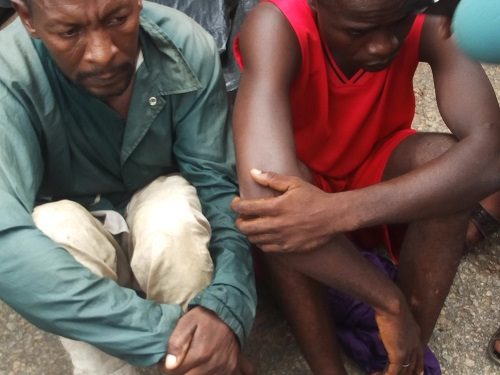 Operatives of the Bauchi Police Command have arrested 41- year- old Abdullahi Mohammed, who allegedly faked his own kidnap to defraud his family.

Also arrested was his friend and accomplice, Haruna Saidu (35) who aided Mohammed in the false kidnapping for financial gain.

The Nation gathered Mohammed’s brother, Tijanni of Sabon Fegi Lafia in Nassarawa state, had reported at the Police Area Command in Nassarawa that his elder brother had left home to Kano state for business, only for him to call and inform them that he has been kidnapped along with others near Gusau Zamfara ,the state capital.

Mohammed was said to have told his brother Tijjani that his abductors demanded N10m for his release which was later reduced to N1m after several negotiation with the alleged kidnappers.

Parading the alleged kidnapper and hostage on Thursday, at the command headquarters in Bauchi, the state capital, the Police Public Relation Officer of the State Command, DSP, Kamal Datti Abubakar said: ” On May 12 2019, One Tijjani Mohammed of Sabon Fegi Lafiya in Nasarawa state reported at the Police Area Command Nasarawa that his elder brother, one Abdullahi Mohammed who left home to Kano for business called and informed them (his family) that he was kidnapped along with others while on business trip to Zamfara near Gusau ”

“The abductors demanded N10m for his release however, after negotiation with the alleged kidnappers, it was reduced to N1m.

“Mohammed directed his family to bring the ransom to Bauchi state.

“On receipt of the information, the Bauchi Police Command swung into action and arrested one Haruna Saidu of Gamawa Local Government Area in Bauchi, who came to collect the ransom.

“Further investigation led to the discovery of the alleged hostage and victim, Abdullahi Mohammed at the resident of the alleged kidnapper Haruna Saidu.

“Investigation revealed that Abdullahi Mohammed who is a businessman dealing in vegetable distribution had his business collapsed, he therefore conspired with his friend Haruna to stage false kidnapping in order to force his family to pay ransom.”