Breaking News
Home / Lifestyle / CANCER: DRINKING A BOTTLE OF WINE IS AS BAD AS SMOKING 10 CIGARETTES 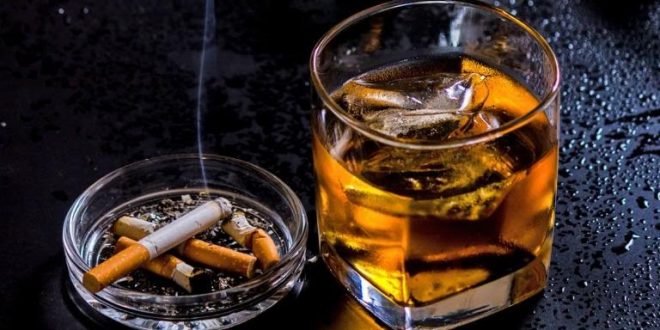 CANCER: DRINKING A BOTTLE OF WINE IS AS BAD AS SMOKING 10 CIGARETTES 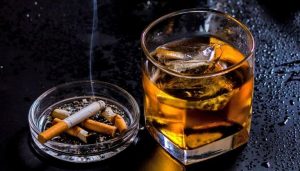 A new study has suggested that drinking a bottle of wine per week may be like smoking five to 10 cigarettes in the same time period, in terms of cancer risk.

A team of researchers from the University Hospital Southampton NHS Foundation Trust, Bangor University and University of Southampton, attributed this to an increased risk of breast cancer caused by drinking.

The researchers claimed that drinking one bottle of wine per week increases the absolute lifetime risk of cancer to the same extent as smoking 10 cigarettes a week for women.

While for men, drinking a bottle of wine a week increases the absolute lifetime risk of cancer equivalent to smoking five cigarettes.

The researchers also attributed it to the risk of cancer in parts of the body such as the bowel, liver and oesophagus.

Theresa Hydes and her team estimated 10 in 1,000 men would develop cancer at some point in their lives from drinking one bottle of wine each week.

However, for women this figure was 14 out of 1,000, according to the study published in the journal BioMedCentral public health.

While women were at risk of breast cancer, men were more likely to get gastrointestinal cancers from drinking.

The risk was much higher for both men and women who drink three bottles of wine per week – more than double the recommended amount.

“It is well established that heavy drinking is linked to cancer of the mouth, throat, voice box, gullet, bowel, liver and breast,” said Hydes, the lead author of the study. “Yet, in contrast to smoking, this is not widely understood by the public. “We hope that by using cigarettes as the comparator we could communicate this message more effectively to help individuals make more informed lifestyle choices.” “We must be absolutely clear that this study is not saying that drinking alcohol in moderation is in any way equivalent to smoking. Our finds relate to lifetime risk across the population. “At an individual level, cancer risk represented by drinking or smoking will vary and, for many individuals, the impact of 10 units of alcohol [equivalent to a bottle of wine] or five to 10 cigarettes may be very different.”

Ian Gilmore, chairman of the alcohol health alliance, said even at relatively low levels, alcohol can have serious consequences for our health.

“The chief medical officers recommend drinking no more than 14 units a week to keep the risks low but, worryingly, few people are aware of the guidelines,” he added.

“It is important to view these results in context,” said Jane Green, co-director of the cancer epidemiology unit at the University of Oxford.

“For both men and women in the UK, the lifetime risk of cancer is around 50 per cent. “The authors estimate that lifetime risk is around one per cent higher for men and women who drink a bottle of wine a week, or who smoke five to 10 cigarettes a week, than for those who neither smoke nor drink.

“The average UK drinker reports drinking the equivalent of about a bottle-and-a-half of wine a week, and the average smoker smokes about 10 cigarettes a day, or 70 a week. “This work confirms that, for most smokers, their smoking carries much greater risks for cancer than does alcohol for most drinkers. “Moderate levels of drinking are in absolute terms particularly important for cancer risk in women, because they are associated with increased risk of breast cancer, which is very common