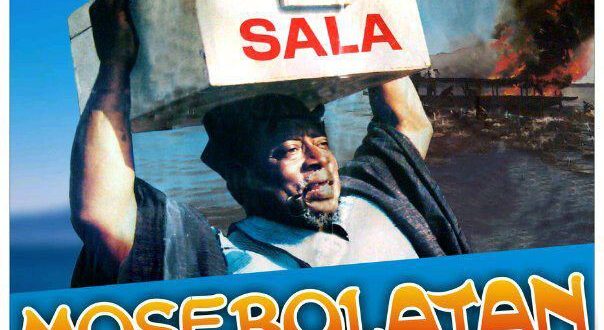 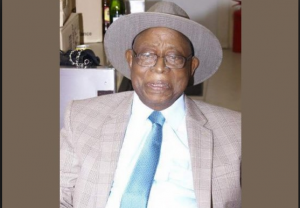 … His Calling, His Achievements, His Battle

Nigerians all over the world have been celebrating the life and times of legendary entertainer, Moses Olaiya Adejumo, popularly called ‘Baba Sala’, who died on Sunday, October 7, 2018.

For the 82-year-old consummate actor, comedian and singer whose life had been greetedby rumours of death several times, his children are glad that, although Baba was old and sick, he passed peacefully in his sleep.

His son, Emmanuel Adejumo who broke the news on Facebook noted: “…he did not die of any sickness. It was just the time for him to go and be with the Lord,” he said, adding that “he (Baba Sala) ate around 6pm and rested for a while before he entered into his room to lie down on the bed.”

A feeling of nostalgic celebrations rent the air as fans poured encomiums on the actor, on the social media, early Monday, reliving fond memories of the heydays of the thespian.

It was like a competition on who could best recall lines from the comic dramas of the veteran actor, whose slapstick trademark included a humungous lens-free  eye-glass frame, outsized metal neck tie, clock-size wrist watch and tobacco smoking pipe.

From the Awada soap on the then Western Nigerian Television (WNTV) every Wednesday by 7pm, fans recalled signature tunes like: ‘Baba Sala, gbendu gbendu ikun bi oya’, a soundtrack that usually got many to rush back for the must-watch comic drama.

In a condolence message, Minister of Information and Culture, Alhaji Lai Mohammed described late Adejumo as an ‘Incomparable Thespian’.

According to him, “the death of the thespian has robbed the nation of an incomparable thespian and a colossus of his time.”

He said Baba Sala was a trail blazer who,  along with his contemporaries, laid the foundation for the theatre and comedy that have now taken Nigeria’s creative industry by storm.

President of the National Association of Nigerian Theatre Arts Practitioners (NANTAP), Isreal Eboh, described the passing of Baba Sala as the “end of an era” since, according to him, “he was the last of his generation of pioneers of Nigerian theatre.

He said baba Sala “brought joy to millions and exemplified the spirit of adventure synonymous with most Nigerians. He created many classics that will ensure his memory lives with us forever.”

Born on May 18, 1936, Moses Adejuma is regarded as the father of modern Nigerian comedy.

A man of many parts, Baba Sala’s passion for entertainment is said to have begun in his secondary school days where he performed magic and toured other schools with his art.

He, alongside other dramatists like Hubert Ogunde, Kola Ogunmola, Oyin Adejobi and Duro Ladipo popularised theater and television acting in Nigeria. He started his career in show business as a Highlife musician, fronting in 1964 a group known as the Federal Rhythm Dandies where he tutored and guided the Juju music maestro King Sunny Ade (KSA) who was his lead guitar player before the group embraced theatre.

During KSA’s 70th birthday, the Juju music maestro poured encomiums on the late Adejumo whose tutelage and advice he said were responsible for his career path and success.

In 1974, he was honoured by the military government of Olusegun Obasanjo with the national title of MON.

A major setback that hit the late filmmaker was when his 1982 classic, Orun Mooru, was pirated. The debt incurred as a result of that incident had a toll on his other investments.

He was also said to owned a three-storey building in Mushin, Lagos, which he sold to offset debt incurred when Orun Mooru was pirated.

One of the last moments of the thespian was his role in the Church, as Minister in charge at Cherubim and Seraphim Church, Idasa, Ilesa in Osun state. 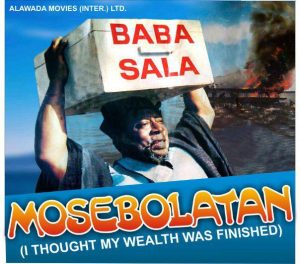