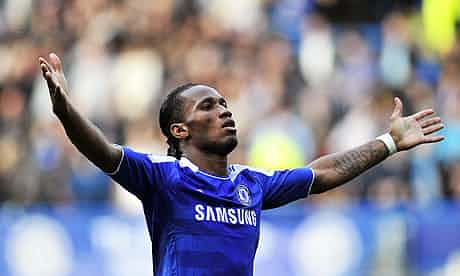 Drogba, now player-owner of USL side Rising, has enjoyed an illustrious career in football.

The striker, who turned 40 on Sunday, started out in France, impressing with Le Mans, Guingamp and then Marseille, whom he helped to the 2003-04 UEFA Cup final, before losing 2-0 to Rafa Benitez’s Valencia.

His performances across Ligue 1 and the European competitions persuaded Chelsea to sign him and he became one of the most iconic players in the club’s history.

Since the end of his second spell at the club, Drogba has been plying his trade in North America, representing Montreal Impact and then heading to second-tier side Rising, a club he is now part-owner of.

And, while Rising’s target this season is to secure a Major League Soccer (MLS) franchise, Drogba expects to call it a day at the end of the campaign in October regardless of the club’s successes.

Speaking to Telefoot, Drogba said: “It’s really a pleasure for me to play. I started late at the top level.

“I really enjoy playing. I like my role of owner-player a lot. I’m surrounded by a lot of youngsters, and I like passing my know-how on to them. But this season is the last. I’m 40, it’s time now.”