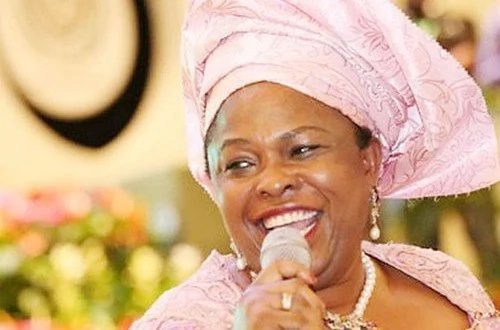 Regarded as Nigeria’s feistiest – past or present – first lady, the wife of former President Goodluck Jonathan, Patience, has refused to exit the limelight following her infamous ‘diarisgod’ refrain in the wake of the Chibok girls’ kidnap by Boko Haram. The legal fireworks between her and the Economic and Financial Crimes Commission that spilled into 2017 from 2016 were tentatively resolved in December when the Federal High Court in Abuja reversed its order made on May 30, to freeze Mrs. Jonathan’s 16 bank accounts.

Last month, the Federal High Court in Lagos froze the sum of N350m found in the Stanbic IBTC Bank account of a company, AM-PM Global Network Limited, said to have links with Mrs. Jonathan. The EFCC had claimed that the N350m was part of a sum of N1,206,950,000, being proceeds of ex-first lady’s ‘unlawful enrichment’ kept in the company’s Diamond Bank account.

Few lawmakers, apart from Bukola Saraki, Abdulmumin Jibrin and Alli Ndume, have courted more controversies than Dino Melaye in the National Assembly. The senator was involved in a certificate scandal that many thought would prove to be his last straw until the management of the Ahmadu Bello University came to his rescue by sending its vice chancellor to show the Senate proofs that the lawmaker graduated from the school.

Melaye, a one-time anti-corruption activist was accused by an online news medium, SaharaReporters of not graduating from ABU. One of his colleagues, Senator Ali Ndume – who eventually was sent on suspension by the Senate – called for the upper legislative chamber to probe Melaye for forgery and perjury.

Melaye had the last laugh though he might not lay as much claim to being a graduate of Harvard University and the London School of Economics and Political Science as he did with being an ABU graduate because the two foreign institutions denied his claims of taking their degree courses.

If the emergence of Ibe Kachikwu, first as the Group Managing Director of the NNPC and later as the Minister of State Petroleum Resources was greeted with optimism, his leaked memo to President Muhammadu Buhari and current fuel scarcity across the nation have left not a few Nigerians to view him with scepticism and pessimism.

Kachikwu, had, in the leaked memo to the President, accused the incumbent GMD of NNPC, Maikanti Baru, of insubordination, alleging that against the rules, Baru awarded major contracts worth $25bn without reviewing or discussing them with him or the NNPC board.

But in the end, Buhari and Baru said Kachikwu had only cried wolf.

The sacked chairman of the defunct Presidential Task Force on Pension Reforms, Abdulrasheed Maina, is no stranger to controversy.

In 2013, Maina was declared wanted by the Economic and Financial Crimes Commission.

The EFCC website says, “Dark-complexioned Maina is allegedly complicit in the over N2bn Pensions Biometric Scam in the office of the Head of Civil Service of the Federation. He remains at large, after charges were filed against his accomplices.”

Despite the allegations against the sacked pension reforms boss, the Minister of Interior, Abdulrahman Dambazau, on October 22, confirmed his reinstatement.

Confirming Maina’s recall, Dambazau, in a statement by his press secretary, Ehisienmen Osaigbovo, said the accused had been placed in charge of the Human Resources Department of the ministry.

The minister laid the blame for Maina’s recall at the feet of the Head of Service of the Federation and the Federal Civil Service Commission. Both have since denied the allegation.

It’s not every day an ex-convict is greeted with a hero’s welcome.

On February 4, however, Delta State all but shut down to celebrate the return of former Governor James Ibori, who was released from UK prison in December 2016 after serving four years and eight months of his sentence.

Ibori has since appealed the April 17, 2012 judgment by a Southwark Crown court, which sentenced the ex-governor to 13 years in prison after he pleaded guilty to 10 counts of money laundering and stealing $250m from the treasury.

Upon his arrival in Nigeria at the Nnamdi Azikiwe International Airport, Abuja, throngs of family members and well-wishers received the former governor, as airport security officials and some staff of the Federal Airports Authority of Nigeria exchanged pleasantries with him.

He was immediately transported to Oghara, his hometown, where he was greeted by a mammoth crowd.

Following his return, the ex-governor has regained influential status in the Peoples Democratic Party, where he held sway as a member of the planning committee of the opposition party’s just concluded national convention. He also continues to wield ‘kingmaker’ powers in Delta State, reiterating on November 12 his support for Governor Ifeanyi Okowa’s re-election in 2019.

Ibori still has 170 charges against him pending before a Federal High Court, according to the Economic and Financial Crimes Commission.

The Department of State Services was enmeshed in a recruitment scandal sometime in April.

The DSS, on March 5, commissioned 479 cadet officers after their passing-out parade in Lagos, which was attended by the Director General of the agency, Lawal Daura, and the Chief of Air Staff, Air Marshall Abubakar Sadique.

The listing of the officers revealed wide disparity in the numbers of slots allocated to the 36 states and the Federal Capital Territory. It was not clear what criteria were used in the composition of the final list.

This showed that 331 officers were from the 19 northern states and the FCT.

Katsina State, the home of President Muhammadu Buhari and the DSS boss, got 51 slots, surpassing the 44 officers picked from all the South-East states

The Presidency, in an unsigned statement discreetly distributed to select journalists, said the secret police deliberately employed fewer southerners to correct previous “inequity” against the northern part of the country.

The Economic and Financial Crimes Commission, in February, said it discovered that a former petroleum minister, Diezani Alison-Madueke, allegedly owned an $18m mansion located in the Asokoro area of Abuja, with furnishings and a bullet-proof gym estimated at $2m.

The anti-graft agency, also in February, released pictures of another Lagos mansion, valued at $37.5m (N11.75bn) allegedly owned by Alison-Madueke.

A Federal High Court sitting in Lagos, in August, ordered that the skyscraper building on Banana Island, in Lagos, be finally forfeited to the Federal Government.

The funds were said to have been found in Zenith Bank account number 1013612486.

The anti-graft agency had on July 19, obtained a court order to temporarily seize the property located at Building 3, Block B, Bella Vista Plot 1, Zone N, Federal Government Layout, Banana Island Foreshore Estate, which is said to have 24 apartments, 18 flats and six penthouses.

The Independent National Electoral commission, in May, affirmed that the Kogi State Governor, Yahaya Bello, registered twice as a voter.

The Chairman, Information and Voter Education Committee, INEC, Mr. Solomon Soyebi, who is also a national commissioner at the agency, said the governor first registered in Abuja in January, 2011 and subsequently in May in Lokoja.

The agency, after an intensive investigation, dismissed two officials on December 14 for their alleged roles in the electoral scandal involving Bello.

The governor, who is being accused of double voter registration, cannot be prosecuted because he enjoys constitutional immunity.

Bello, however, threatened to take legal action against INEC if the agency failed to produce convincing proof that he was registered twice. The governor, who featured on an African Independent Television programme last week, displayed travel documents to show that he was not in the country on the day that he allegedly carried out the second registration exercise.

Once the N13bn cash stashed away in an apartment at Osborne Towers in Ikoyi, Lagos was uncovered in April this year by the Economic and Financial Crimes Commission, the usually dour face of the then Director General of the NIA, Ayo Oke, became crestfallen.

Oke and his better half were accused of appropriating state funds to themselves under the guise of surveillance operations.

It took the Federal Government several weeks to take a firm decision on whether to retain the spy boss or fire him. During that period, the Senate probe had however indicted him.

Adding a twist to the scandal, Rivers State Governor, Nyesom Wike, had claimed that the money discovered belonged to his state, accusing his predecessor, Rotimi Amaechi, of keeping the money in the apartment.

It took President Muhammadu Buhari several months to reach a conclusion on the matter – first, a panel headed by Vice-President Yemi Osinbajo was set up, then a report was submitted to Buhari, and eventually in December, the President did what many considered the needful.

Oke was given the boot. His sacking was said to have been recommended by the Osinbajo panel.

Buhari pledged to Nigerians that Oke and all those found culpable in the case of the large amounts of foreign and local currencies recovered by the anti-graft agency would be sanctioned.

Until April this year, when the then embattled Secretary to Government of the Federation, Babachir Lawal, was suspended, it appeared he had got away with the allegation of fraudulently enriching himself. His continued stay in office became a moral burden that President Muhammadu Buhari could no longer bear.

Despite Lawal’s suspension, he continued to irk the public, especially when he refused to appear before the Senate probing the grass-cutting contracts said to have been awarded to his own company.

This led to the Senate committee to conclude that he should be prosecuted because he had interests in Rholavision Engineering Limited.

Only in October was Buhari’s hand forced to push out the suspended SGF by sacking him based on the recommendation of the Osinbajo panel that investigated the scandal.