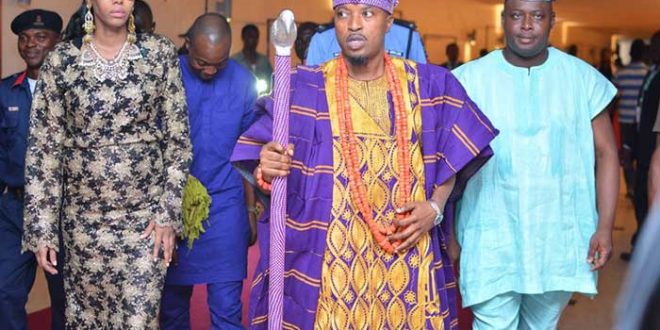 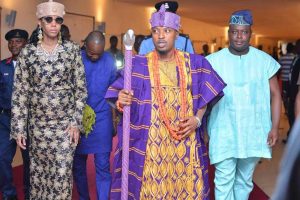 AN end might be in sight to the impasse between the Olubadan of Ibadan land, Oba Saliu Adetunji and Governor Abiola Ajimobi of Oyo State over the coronation of 21 crown wearing Obas in Ibadan. Ajimobi-Olubadan Oluwo of Iwoland, Oba Abdurasheed Akanbi, who expressed this optimism, yesterday, after separate visits to Oba Adetunji and Ajimobi, said the Olubadan would come to terms with the governor on the intents behind the recent Olubadan declaration review.

The Olubadan had in a court case with suit number 1/1077/2017 filed at the State High Court, Ibadan, sued Governor Abiola Ajimobi of Oyo State, Commissioner for Local Government and Chieftaincy Matters, Attorney General and Commissioner of Justice along with the 21 newly crowned Ibadan Obas to court over the amendment of the 1959 Olubadan Chieftaincy Declaration and subsequent coronation of Ibadan Obas on August 27, 2017.

Speaking at Governor’s office, Ibadan, Oba Akanbi hinged progress on resolving the impasse on Ajimobi’s commitment not to utilise executive power on the matter and his several professions that the Olubadan remains his father as well as the respect shown by the two parties for each other. He added that Ajimobi had shown respect for the traditional institution, desire for peace and progress of Ibadan land, with a similar commitment to peace demonstrated from his conversation with the Olubadan.

“I came to thank the governor for being peaceful in spite of the impasse with the Olubadan. “I have spoken with Baba, the Olubadan, previously, as well last night, and I have come to do same with the governor.

“This is because Iwo is the closest town to Ibadan, and the Oluwo is the closest first class monarch to the Olubadan. So, what concerns Ibadan should concern Iwo. “We have come to look for a way to resolve the issue.

The traditional structure of ascension to the throne of the Olubadan of Ibadanland is arguably the best in the South West. The two ruling lines are the ‘Egbe Agba’ (Civil) and ‘Balogun’ (Military) from where Olubadan is appointed on rotational basis.

The two high chiefs next in rank to the Olubadan stool from the two lines are the Otun Olubadan and Balogun of Ibadanland. The duo are recognised as second-class traditional rulers under the Western Nigeria Law. The chieftaincy system makes the royal succession tradition largely free from rancour, litigation and usurpation.

Any male child title-holder of the metropolitan centre of Ibadan is a potential king. Every chief on the civil line has 22 steps and every chief on the military line has to climb 23 steps to occupy the stool of Olubadan. It usually takes decades to groom an Olubadan for the stool through the stages of chieftaincy promotion, an average of 35 to 40 years.