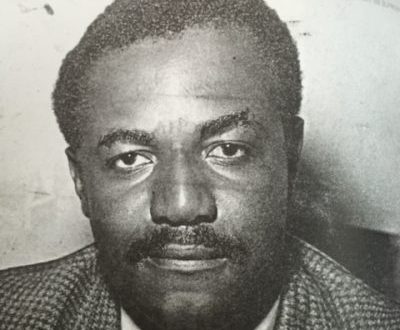 The street where the Da Rocha home is located is extremely narrow. It is called Kakawa, a short stretch behind Union Bank Headquarters at Lagos Island. Even though the home, a large one storey building, the shape of a square, is said to be called Water House, neighbours who spoke with Saturday Tribune last Friday referred to it as “Da Rocha House.”

The house has obviously received a series of facelifts in its long life, but it still retains much of its original 19th-century look. For example, a large room on the ground floor serves both as the garage and the building’s entrance; the windows are unusually many, all of them designed as though they were intended for a church.

The lone car in the garage was covered with tarpaulin, on Friday. At the right side of the entrance was a makeshift bookstore where a young man sold mostly dictionaries. A tailor, an elderly man whom neighbours called “Baba”, occupied the left wing. Both men appeared to work also as domestic staff for the Da Rochas.

“Madam is sleeping,” the tailor said. It was past 9.am, and sensing the need for further explanation, he added, “She has just returned from a journey. You should come back around 12 or 1pm.”

Attempts made to meet her, hours later were unsuccessful. Even as of 2:30 pm, the message from the tailor who had gone up to check, yet again, remained the same: she was resting, and she would not give an appointment.

Water House is at the centre of the historical area that is the Lagos Island. The Third Mainland Bridge is only a few metres away; the popular Marina and Broad Streets are just by the corner, as is the Cathedral Church of Christ, the oldest Anglican Cathedral in Nigeria.

It was here, at Water House, in the 1800s and 1900s that the businessman, Candido Da Rocha, (believed to be the wealthiest Nigerian at the time) lived. It was here that the city’s first water fountain and first borehole were constructed. From here, Candido Da Rocha (Yoruba call him Darosa) operated what was known as Iju Water Works which supplied water to the entire Lagos district. For his work, he was paid directly by the colonial administration, until the water project was altogether acquired by the government.

A source who knows the family well, made available to Saturday Tribune an interview given to the Catholic Herald by Da Rocha’s grandchild, Professor J.T Da Rocha-Afodu.

In the interview, published in the April 2017 edition of the magazine, the Emeritus Professor of Surgery at the University of Lagos said he and his siblings were, in fact, raised by Da Rocha himself.

The professor said, “My grandfather was Late Chief Candido Joa Da Rocha, Chief Lodifi of Ilesa. He was born in Bahia, Brazil and died in Lagos in 1959. He had his Secondary School education at CMS Grammar School, Lagos. Available records showed that he was never beaten in the school and always came first in his class. His classmates were Late Bishop Oluwole and Late Herbert Macaulay. He was a voracious reader of newspapers, magazines and books, including those written in Portuguese. He had a good stock of books in his library including those on classical English and Portuguese.

“He brought us up after the demise of my father during the 2nd World War in 1940. My father’s boat was torpedoed by the German Submarine U.2 off the Coast of Batvia near Russia and all those in the ship perished. My grandfather took over our upkeep and education of myself and my two brothers and sisters from primary school to the University. Candido Joa Da Rocha was a business man, property and land owner and a financier. He lived in Water House Kakawa Street. The home was commemorated in literature by a novel, The Water House by Antonio Olinto.”

A key strategy used by Da Rocha to boost his revenue appeared to be his readiness to embark on many different projects at a time.

Da Rocha-Afodu said, “Chief Da Rocha collaborated with J.H. Doherty and Sedu Williams to found a Lagos Native Bank, the first in Africa. He owned many houses. He participated in the Lagos Horse Racing at Race Course where he won many trophies. The horses were housed at his stables at Water house, No 12, Kakawa Street, Lagos. His home, Water House, had the first borehole in Lagos. Some of his business interests included a restaurant called The Restaurant da Rocha and Sierra Leone, Deep Sea Fishing Industries Ltd.”

While it is not often clear how Nigerians with great wealth lived during the colonial period, many accounts have suggested that most of them kept a low profile. This quality appears to have been inherited by the descendants of Da Rocha, who even though they take pride in the family name and the legacies of their father, have nonetheless stayed out of the limelight.

A list provided by Professor Da Rocha-Afodu tells a story of a family which over the years has produced a number of notable names in fields such as medicine, trade, law, education and sports.

For example, Dr Moses Da Rocha, Candido’s brother, was one of the first medical doctors in Nigeria. He studied in Scotland and upon return to Nigeria set up a hospital at 4 Tinubu Street, Lagos.

Another grandchild of Da Rocha’s was Dr. Oladele Da Rocha-Afodu, described by his brother as “a pioneer of the game of Polo in Nigeria.”

“He was the eldest son in the Da Rocha-Afodu family. As a medical practitioner he specialized in Bacteriology and Pathology. He was one of the founders of Polo game in Nigeria and contributed immensely to the development of the game. He once donated a cup to the Lagos Polo Club in memory of late Candido da Rocha,” the professor said.

The professor’s elder sister, Mrs Abimbola Aina Omololu-Mulere, was a lawyer, and according to his brother, the “first Nigerian female graduate in Law to attend the University.” A graduate of Trinity College, Dublin University, she would later found Adrao International Schools in Lagos. She died in 2000.

“After the demise (in 1940) of her husband (Mobolaji Abisogun-Afodu, a pharmacist) during the 2nd World war, she came to live at Water House with her six children including Professor J.T. Da Rocha-Afodu. She took care of her father and her children. Her elder sister was Late Mrs. Angelica Folashade Thomas who was an active supporter of the Catholic Church and a Papal Medalist.

To many residents around Kakawa Street, Water House has remained something of a communal symbol, a repository of a people’s identity. Neighbours speak fondly of it, and are often quick to direct visitors to it.

It is a quiet neighbourhood, and in its simplicity, the house itself appears hidden, dwarfed by the imposing edifices that surround it.

Yet, there is a charming aura about it, one which appears to grow as the house ages.

It is like a treasure in the shadows: it is hard for a visitor to resist the urge to cast a second look — and to ask questions.