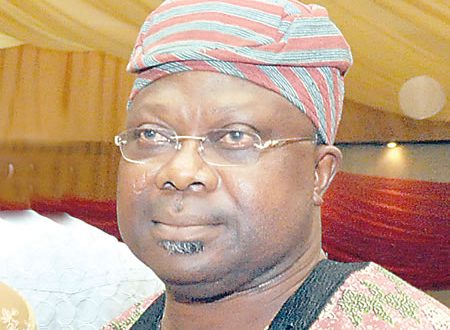 THE Osun State government has asked a former deputy governor of the state, Senator Iyiola Omisore, to respect the law by honouring an invitation extended to him by the police.

The State Criminal Investigation Department (SCID) had invited Omisore to explain his role in an alleged assault on the late senator for Osun West district, Isiaka Adeleke, in 2014.

But Omisore, in the course of the week, described the invitation as a ploy by the ruling All Progressives Congress (APC) to derail his ambition ahead of next year’s governorship election in the state.

However, the state’s Attorney General and Commissioner for Justice, Dr Ajibola Bashiru, told Saturday Tribune that anybody could be invited by the police to help them in any matter they are investigating.

According to Dr Bashiru, “the issue is about the rule of law and nobody is above the law, regardless of status; whether you are a politician, businessman or any position you may hold in the society.”

He stressed that anybody could be invited by the police or any of the security agencies to answer questions or explain anything that could help their investigations.

“There is no absence of rule of law in Osun. This issue is not worth discussing. If the State Executive Council has issued a statement or passed a resolution on it, I think there is no need for me to comment on it.

“The man in question should honour the police invitation. The mere fact that somebody has been invited by the police on any issue does not mean that the person would be prosecuted or charged for any offence,” the commissioner said.

Adeleke, who won the Osun West senatorial election in the 2015 general election, died in April 2017. His younger brother, Ademola, has since filled the vacuum created by his death by winning an election in that respect on July 8.

Reacting to his invitation by the police, in a statement earlier in the week, Omisore, who is among the contenders for the 2018 governorship election in the state, declared that the development was orchestrated by the APC to thwart his ambition.

“A few days ago, I received a very curious but interesting invitation, claiming to be from the Osun State Criminal Investigation and Intelligence Department and signed by one Deputy Commissioner of Police, Umege Uzochukwu.

“In the invitation, I was asked to report to the said DCP Uzochukwu that the late Senator Isiaka Adeleke had reported a case of assault against me to them. And I wondered when Senator Adeleke (may God rest his soul) made the report as no date was given in the said invitation. The police invitation letter was dated 20th October 2017.”

“We all know that as Nigerians we are living in a very interesting time. The culture now is to source for scapegoats in members of the Peoples Democratic Party (PDP) for every inaction of government. The tragic instance in which the late former Osun State governor, a distinguished senator of the Federal Republic, died is still fresh in our memories, particularly the controversy that his death generated across the nation.

“What is also fresh in our collective memory is the decision by the good people of Osun State to reward the late Senator Adeleke and people of Ede by electing his brother to complete his term in the Senate. The people’s decision, of course, was carried out by our great party, Peoples Democratic Party (PDP),” Omisore said.

He said he was surprised at the invitation and wondered what could have led to it.

“Instead of the police to invite chieftains of APC who wined and dined with Senator Adeleke in the last 48 hours of his life on earth, they sent this very interesting and curious invitation to me.

“Could this invitation by the police have been anchored on the role I purportedly played as a party leader in that election?” Omisore queried, wondering how the police could allow themselves to be used against the people they are expected to protect.

“Therefore, I want the public to know about the plot and keep them informed about this sinister plan, which I believe is just unfolding, against myself, some other members of the opposition and even the good memory Osun people cherish about Senator Adeleke,” he asserted.