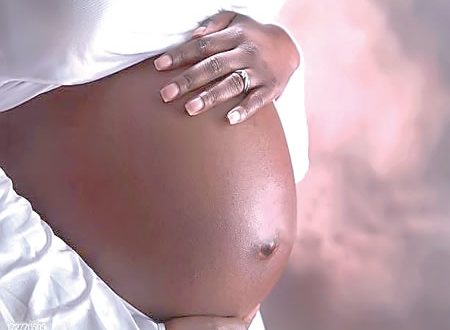 Ectopic pregnancy on the rise in Nigeria … Symptoms, Causes, Management

As scary as it sounds, pregnancy does occur outside the uterus but if faced with such dreadful reality, here are some things a woman must know, Vera Onana (with agency report) writes.

30-year-old Mrs K.O. fumbled with tears in the examination room. Though just a ball of cells, she had formed a bond with this baby immediately her pregnancy result came as back as positive a few weeks ago. She fought back a pool of tears as she demanded a solution from her doctor. Few minutes before that, a joyous mother-to-be had come in for a routine scan only to be told that her pregnancy was not normal.

For pregnancy to happen, medical experts explain that the ovary has to release an egg into the fallopian tube, where it stays for about 24 hours. There, the egg must come in contact with a sperm to be fertilized. The fertilized egg stays in the fallopian tube for three or four days before it heads to the uterus where it attaches to the lining and continues to grow until a baby is born.

However, if the fertilized egg implants in the fallopian tube or somewhere else in a woman’s abdomen, the woman ends up with what is called an ectopic pregnancy. In such cases, experts would advice that the pregnancy cannot continue normally and would require emergency treatment.

According to Dr Olayinka Ogunbode, a Consultant Obstetrician and Gynaecologist at the University College Hospital (UCH), Ibadan, “one out of every 10 pregnancies in Nigerian hospitals ends up as an ectopic pregnancy.” Ogunbode made this disclosure in an interview with the News Agency of Nigeria (NAN) in Ibadan recently.

Researchers say that ectopic pregnancy is a significant cause of maternal morbidity and mortality especially in the sub Saharan Africa. While mortality from ectopic pregnancy has been on the decrease in the developed countries despite the increase in the incidence, it is not so in the developing countries, where it is major cause of maternal mortality. Case fatalities of 27.9 per 1000 and 37 per 1000 had been reported in Accra, Ghana and Lagos, Nigeria respectively.

More than 95 per cent of ectopic pregnancies occur in the fallopian tube. The other sites include ovaries, cervix, caesarean scar, broad ligament and abdominal cavity.

The research paper by Igwegbe A.O., Eleje, G.U., and  Okpala B. C. of the Department of Obstetrics and Gynecology, Nnamdi Azikiwe University Teaching Hospital, “An Appraisal of the Management of Ectopic Pregnancy in a Nigerian Tertiary Hospital” published in the Annals of Medical and Health Sciences Research in 2013 was aimed at determining the incidence and associated risk factors, for ectopic pregnancy, review available treatment modalities and suggest interventions to reduce its prevalence, morbidity and mortality.

The researchers laid the background for their study as the fact that ectopic pregnancy has remained a significant cause of maternal morbidity and mortality especially in the sub Saharan Africa and a periodic appraisal of its management would be paramount.

They carried out a cross sectional study with retrolective data collection of all cases of ectopic pregnancy managed in Nnamdi Azikiwe University Teaching Hospital, Nnewi, south-east Nigeria between January, 2002 and December, 2011. They found out that there were a total 98 cases of ectopic pregnancies out of 8,811 deliveries and 1884 gynecological admissions, giving an incidence of 0.9 percent of all attendants or 1 in 90 deliveries and 5.2 per cent of all gynecological admissions. The researchers concluded that “Ectopic pregnancy has remained an important gynecological condition in our center. The common identifiable risk factors were induced abortion and pelvic infection. Early first trimester transvaginal ultrasound should be offered to all women for early diagnosis.”

“First signs of an ectopic pregnancy may include (usually) vaginal bleeding which may be light or heavy, abdominal pain or pelvic pain, that may start at about six to eight weeks after a missed period.

“As the pregnancy progresses, other symptoms may develop, which may include stomach and pelvic pain that may get worse with straining or movement.

“The pain may occur sharply on one side at first and then spread to the pelvic region, with severe vaginal bleeding, dizziness, signs of shock, shoulder pain which is caused by bleeding into the abdomen,’’ he said.

Several factors have been shown to increase the risk of ectopic pregnancy. These risk factors share a common mechanism of action, namely interference with the ciliary functions of fallopian tube.

Researchers have observed that pelvic inflammatory disease is the most common risk factor for ectopic pregnancy and early treatment of the disease does not necessarily prevent tubal damage. Other reported aetiological factors by researchers include previous ectopic pregnancy, endometriosis, previous tubal surgery, infertility and infertility treatments, previous caesarean sections, tubal spasm and congenital defects of the fallopian. Also, psychological and emotional factors have been implicated according to researchers.

While stating that the exact cause of ectopic pregnancy may be unknown, Ogunbode corroborated that fallopian tube damage is a common cause. He also noted that a fertilised egg can be caught in the damaged area of a tube and begin to grow there.

“Common causes of fallopian tube damage that may lead to an ectopic pregnancy may be smoking by women.

“Women who smoke or who used to smoke have higher risks of ectopic pregnancy although this is not common in Nigerian women.

“Smoking is thought to damage the fallopian tube’s ability to remove the fertilised egg toward the uterus.

“Pelvic inflammatory diseases (PID), such as gonorrhea and Chlamydia infections are other major causes common in African women; PID can create scar tissue in the fallopian tubes,” he said.

Ogunbode added that surgery done to reverse a tubal ligation or to repair a scarred or blocked tube was another major cause of ectopic pregnancy.

Ogunbode stated that surgery was the only solution in the management of ectopic pregnancies, adding that early intervention approaches can always save the life of the patients.

“When an ectopic pregnancy is located in an unruptured fallopian tube, every attempt is made to remove the pregnancy without removing or damaging the tube. Emergency surgery is needed for a ruptured ectopic pregnancy,” he told the News Agency of Nigeria (NAN).

While researchers also affirm that in the majority of cases, surgery is the mode of treatment, it has been discovered that the management of ectopic pregnancy has revolutionized over the past few decades. “This has resulted in emergence of several non-surgical options to what had once thought to be a solely surgically treatable condition. An earlier diagnosis can be made with transvaginal ultrasound and quantitative serum β hCG. This increases the chances of success of medical treatment and minimizes its morbidity, mortality and financial burden,” researchers say.

Surgical treatment for ectopic pregnancy may either be an open laparotomy or laparoscopic depending on the surgeon’s skill, availability of equipment and clinical state of the patient. However, Ogunbode advised females of reproductive age to take precautionary measures by avoiding s3xually transmitted diseases which could later damage their fallopian tubes.