Breaking News
Home / Celebrity Profile / Awo 30 years after: The icon and his vision 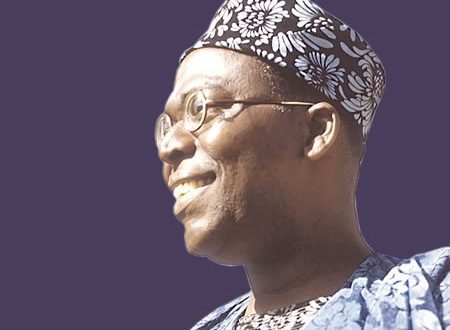 Awo 30 years after: The icon and his vision

THIRTY years after he passed on, quintessential politician, Chief Obafemi Awolowo remains a constant star in the political firmament of the country. His footprints are etched in the sands of time, the minds of teeming population of Nigerians and other citizens of the world. As a prodigy, his scholarly dexterity and political sagacity constitute the veritable source of inspiration.

Awo’s name is most mentioned among virtually all politicians that matter in Nigeria and outside the shores of the country, just as the ideals he stood for constitute the creed and ethos in the political arena. His legacies eloquently recommend him as a rare breed and role model, whose life and times situate him in the bracket of world thinkers, statesmen and leaders like Abraham Lincoln, Winston Churchill,   Mahatma Ghandhi among others.

Awo, as he is globally called, was a self-made man and much-talked about leader because of his cerebral capacity, erudition, prophetic prowess, Spartan lifestyle, savvy and sartorial elegance. His towering stature is partly underscored by his authorship of various books that have become reference materials for scholars, professionals, including researchers and research organisations across the world on constitutional issues and models.

Thirty years after his glorious exit, the life and time of iconic Awo, as well as his books and ideologies, still enjoy rave reviews and discourse with memories about his administration while in government at the defunct Western Region and the federal level provoking a deep sense of loss and despondency among contemporary citizens  against the current political elite  of world’s most populous (and arguably most endowed) Black country. The trajectory of the Awo phenonenon is underlined by the sustained  demand by Nigerians for a return to the Awo era when accountability and equality formed the fulcrum of his adventures in political power and authority while alive.

The trademark and  signature of Awo transcend his name and creed. There is the Awo cap, which most people, in  eloquent delight and pride   flaunt, just as his kind of pair of glasses similar to that of Ghandhi of India, has become a fad among many. In fact, apart from professing the Awo creed, lots of political leaders, their supporters and admirers exhibit elegance in donning what is generally accepted as Awo’s sardonic appearance.

Befuddled by the failure of leadership at different levels of government over the years, many are wont to interrogate the magic wand of the legendary Awolowo while he traversed the corridors of power first, in the Western Region as Premier, and later, as the Federal   Commissioner of Finance during the most turbulent phase in the history of the now 180 million Nigerian nation.

In reality, Awo is not dead; he only transited 30 years ago, as even the most strident among his critics now celebrate the legend and his vision.

In this package dedicated to honouring the irrepressible political leader, some senior citizens spanning different political spectrum, professional backgrounds and endeavours speak on the life of Awolowo, his ideology and philosophy and carriage dating back to pre-independence era.