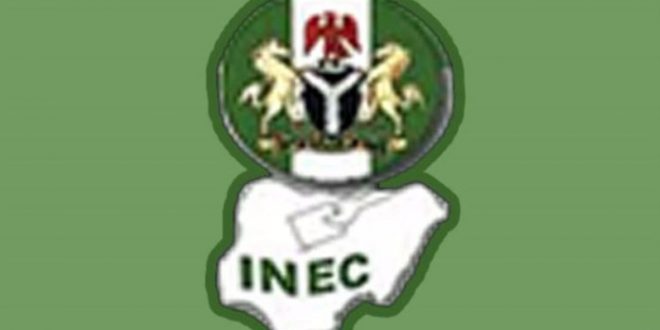 The Independent National Electoral Commission (INEC) has released the timetable for the 2019 elections, indicating that it would hold the next presidential and National Assembly elections on February 16, 2019.

The commission also said that governorship and that of the state assembly polls will take place on March 2nd, 2019.
The announcement of the timetable for the 2019 general election came exactly two years before the conduct of the elections.

While speaking to journalists Thursday on the outcome of the commission’s management meeting, the INEC National Commissioner in charge of Voter Education and Publicity, Mr. Solomon Soyebi, said INEC released the timetable early in order to nurture the nation’s democracy and the electoral process.

Soyebi said the commission was desirous of standardising the nation’s electoral process and ensuring certainty in the dates for elections so as to allow proper planning by INEC and other election stakeholders.

He cited examples of the United States of America, Mexico, Norway, Sweden, Costa Rica, Switzerland, and even neighbouring Ghana, where dates for elections are known well in advance.
Soyebi disclosed that INEC decided to fix the dates for the national elections in Nigeria for the third Saturday in February of the election year while the state elections would be held two Saturdays later.

On the fate of the INEC staff indicted by probe panels, Soyebi said 23 electoral officers indicted by the report of the Director of Public Prosecution (DPP) that investigated the December 10, 2016 parliamentary rerun elections in Rivers State, had been charged to court.
He also disclosed that the commission decided to apply the provisions of INEC’s terms and conditions of service by placing the affected staff on suspension.

“The penalty for this is interdiction. All the 23 electoral officers will be placed on half salary and will not report for duty, pending the determination of their respective cases in court,” he said.

However, Soyebi said that the commission has deferred its decision on 202 INEC staff indicted by the report of the Economic and Financial Crimes Commission (EFCC) for misconduct during the 2015 general election to enable it reconcile the EFCC report with that of DPP.

He explained that the measure was taken because some of the staff are also among those being prosecuted by the DPP.

Soyebi, who gave an update on the number of political associations whose applications for registration were still pending as 84, admitted that the Advanced Peoples Democratic Party (APDP) was one of them.

He said the promoters of the party were not yet known to the commission since their application was still being processed.