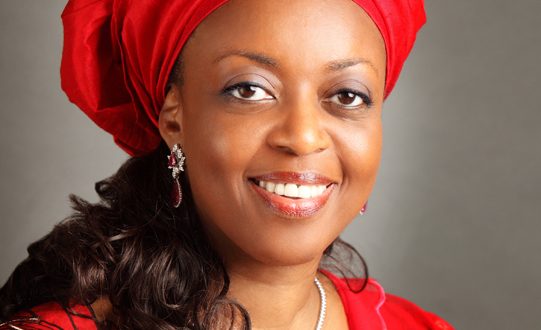 The Economic Financial Crimes Commission (EFCC) said the money was laundered for the former minster.

Justice Muslim Hassan held that the money was a product of unlawful activity.

The judge ordered the forfeiture of unclaimed N23.4billion, $5million as well as $40million (the naira equivalent of which is N9.08billion).

EFCC said the laundered money was $153million, some of which was converted to naira.

“I am satisfied that all the conditions in Section 17 (1) of the Advance Fee Fraud and other Related Offences Act have been met,” the judge held.

The section makes a property that is reasonably suspected to be proceeds of unlawful act forfeitable to the Federal Government.

Justice Hassan had on January 6 ordered the temporary forfeiture of the money stashed in various banks.

While the N23.4billion and $5million were unclaimed, a bank chief, Dauda Lawal, claimed the $40million (which was worth N9.08billion, when it was forfeited to the EFCC).

Lawal had accused EFCC of falsifying the circumstances under which he surrendered the N9.08billion.

He denied ever being in possession of properties suspected to be proceeds of unlawful activity held or laundered on behalf of Mrs Alison-Madueke.

Lawal said following his arrest on May 9, 2016, he cooperated with the EFCC and made a full admission to having received $25million.

“Having provided evidence to the EFCC of how the $25million so obtained had been disbursed, I was still made to agree to surrender to the EFCC an additional sum of N9.08billion being the naira equivalent of $40million at the rate of N227 to $1,” he said.

On how he got the money, Lawal said he received a call from a personal friend, Stanley Lawson, around March 2015 to help collect $25million from someone in Lagos, which he subsequently paid into an account provided for him.

”I had no idea of the origin of the said funds and only acted in the course of normal banking business,” he said.

But, Justice Hassan held that the evidence before him showed that Lawal surrendered the money to the EFCC voluntarily.

“He was duly cautioned. He signed. He made the statement in the presence of his counsel, who endorsed it. I hold that the statement was made voluntarily.

After ordering the final forfeiture of the unclaimed N23.4billion and $5million, he said: “In respect of the second respondent, learned counsel informed the court that the second respondent filed a counter affidavit on why the sum of N9.08 billion should not be forfeited.

“I have carefully examined the affidavit evidence before the court and I find that the second respondent was duly cautioned in English language before his statement was taken and so, I hold that same was taken without any evidence of inducement.

“On the whole I am satisfied that all the conditions stated in Section 17 of the Advanced Fee Fraud and other Related offences Act was duly fulfilled by the applicant.

“I accordingly make the following orders: An order for the final forfeiture of the sum of N23,426,300,000 and USD$5million being unclaimed property to the Federal Government of Nigeria.

“An order of final forfeiture is made to the Federal Government of Nigeria the sum of N9,080,000,000 recovered from the second respondent being proceed unlawful activity,” the judge held.

Before the judgment, Lawal’s lawyer, Charles Adeogun-Phillips, had informed the court of an application for leave to file further affidavits to his counter-affidavit.

He also said parties were exploring means of reaching amicable settlement out of court.

Adeogun-Phillips said he wanted to supply fresh evidence in a further affidavit as to how his client raised the money he forfeited to the EFCC.

“The issues are material to the disposition of this case, because he did not provide details of where he borrowed the money from,” he said.

EFCC lawyer Rotimi Oyedepo, who claimed he was not aware of any discussions to settle the case out of court, opposed Adeogun-Phillips’ application, saying it was a bid to arrest the judgment.

Justice Hassan refused the application, saying it was an “after-thought” and a “booby trap”.

He held that no convincing reason was adduced as to why the evidence was not supplied earlier.

“This fresh evidence, in my view, is an afterthought and is intended to overreach the prosecution and cause injustice.

“The instant application is unmeritorious and is hereby dismissed,” Justice Hassan held.