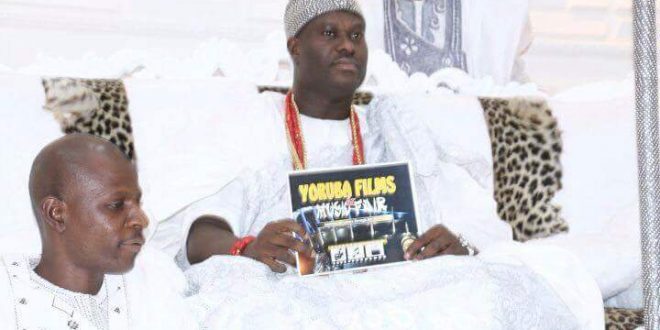 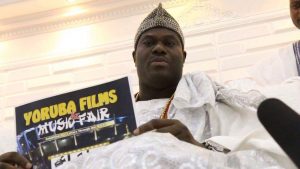 Ooni Of Ife Endorses ‎Yoruba Films And Music Fair
… As Organisers Pick March 22 – 26th Date
His Imperial majesty, the Ooni Of Ile-Ife,‎ Oba Adeyeye Enitan Ogunwusi has joined other celebrities who have thrown their weight behind the forthcoming maiden edition of Yoruba Films And Music Fair.
He did not only throw his weight behind it, he also gave his royal blessing to the project.
Before now, the Alaafin of Oyo; Oba Lamidi Adeyemi who is the grand patron of the project has equally given his royal blessing to the project.
Speaking with OSUN CITIZEN about Yoruba Films And Music Fair, the convener of the project, Omotayo Olaniyi Ogunlade explains‎ thus:
“The fair will provide a platform for producers, directors and marketers of Yoruba films and music to showcase their works and review latest developments in the film and music industry with a view to raising the standard and competing more effectively on global stage.
Simply put, it’s an exposition and celebration of works of Yoruba artistes in Nollywood and it will be a 5-day affair that will showcase the essence of richness of the Yoruba culture and heritage in the way they have been presented to the world.”
Ogunlade who is the Managing Director Of Another Creation Communications added that 22nd to ‎26th March 2017 has been chosen as the days for the fair. Lagos Television is a partner in the project and the venue is the popular blueroof in the premises of Lagos Television, Agidingbi, Ikeja, Lagos state.
Princess Folasade Adeyemi is the associate producer for the project, Wale Okoya is in charge of media while Olukemi Egbeyode is the creative director . 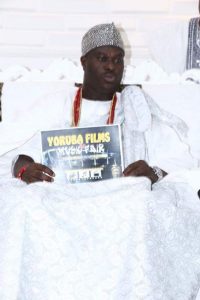 @CitizenOsun
Previous KNOCKS, KUDOS TRAIL 6 YEARS OF AREGBESOLA ADMINISTRATION…
Next SUCCOR FOR TRAVELLERS: FG Approves Visa on Arrival to all Countries into Nigeria