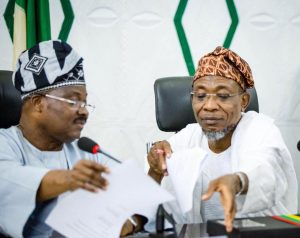 The Academic Staff Union of Universities has said lecturers at the Ladoke Akintola University of Technology, Ogbomoso, will not resume until Oyo and Osun states agree on how they will pay the N7.1bn outstanding subventions.

The ASUU Chairman in LAUTECH, Dr. Biodun Olaniran, said this in an interview with our correspondent in Osogbo on Friday.

Olaniran said although Oyo State Governor, Senator Abiola Ajimobi and his counterpart in Osun State, Mr. Rauf Aregbesola, had paid N500m into the coffers of the institution, he said there must be an agreement on how the backlog would be paid and how the two states would fund the varsity henceforth without any crisis.

Olaniran explained that ASUU did not embark on strike because of salary but because of the problem of funding which he said was affecting the development of the university.

The ASUU chairman said, “Our position is straightforward. It is not tied to salaries but the sustainable funding of the university.

“The two states are supposed to give LAUTECH N295m as subventions every month but they have not been doing this.

“Oyo State owes us N2.3bn and Osun State is owing N5.3bn but the two states just paid N500m. This is not enough. Although we are also considering the economic realities on ground,   that is why we want them to state categorically state how they intend to pay the balance of N7.1bn.

“Is it going to be monthly or how? They have to state this and assure us that from January 2017, they will no longer owe. If this is not done, we will resume and go back to the starting point very soon.”

He stated that the two states must commit themselves to prove that they were ready to defray the debt.

The Senior Staff Association of Nigeria Universities in the institution told our correspondent in a separate interview that its congress would meet early next week to decide whether to suspend the eight months old strike or not.