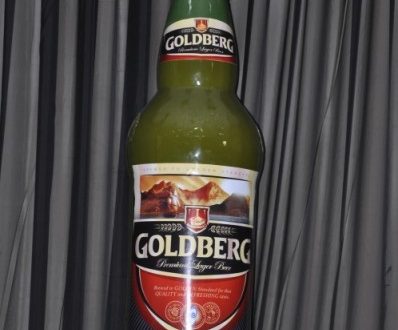 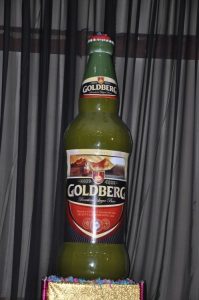 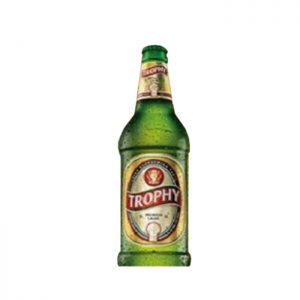 BEER BATTLE:
Goldberg Giving Trophy A Run For It’s Money
– Consumers
For lovers of “the bottles” especially the green ones, ‎in Nigeria, Goldberg Lager Beer has continued to place itself at the very top of the table, contesting favourably with other brands of beer nationwide.
A good example of Goldberg’s rival in Nigeria especially in the south Western part of the country is Trophy ‎Lager Beer brewed by International Breweries in Ilesa, Osun state.
One would expect that because Trophy is brewed in Osun state, the product should naturally be the market leader in South west Nigeria, but a recent study conducted by Osun Citizen reveals that the case is not so.
According to liquor consumers, Goldberg, which arrived in the Nigerian market many years after Trophy is said to be giving ‎Trophy a run for its money even in Trophy’s neighbourhood.
A good example was given of how Goldberg became the official liquor for the internationally recognised Osun Osogbo festival held annually in Osogbo, Osun state.
Also, Goldberg’s talent hunt show, “Fuji To Bam”‎, which has become so popular is another pointer to the fact that people who were before now loyalists of Trophy are switching camps.
A socialite, Kunle Alo, who lives in Ilesa where Trophy is being brewed has this to say “It is a fact that Goldberg is doing very well. Even the brewers of Trophy here can never deny that fact. Despite the fact that here {Ilesa} is Trophy’s town, take a trip round the town and you will agree with me that Goldberg is on top.
On the streets through advertisement and in bars through patronage, you can feel the presence of Goldberg.
We always feel their impact. While the owner of Goldberg invests in the community and humanity, the owner‎ of Trophy has their own circle of people that they deal with.
In Ilesa here and Osun state in general, tell me anything spectacular that Trophy has done in terms of corporate social responsibility.
Look at what Goldberg is doing in Osun Osogbo Festival, I mean ordinarily, that’s not meant to happen, this is Trophy’s territory. That’s why someone like me and many others will continue to throw our weight behind a brand that takes and gives back like Goldberg has been doing all along.”
Goldberg premium lager beer is brewed by Nigerian Breweries Plc situated in Iganmu, Lagos. The repackaged Goldberg was launched with a colourful celebration in Ibadan in 2012 with Wande Coal and Seyi Law being the main artistes of the day.
International Breweries Plc, brewer of Trophy lager beer was founded in 1971 by wealthy Ijesa businessman and socialite, late Dr. Lawrence Omole and commenced production in 1978 with the launch of Trophy.
Beer battle 2017-01-23
Dotun Olanibi
Share