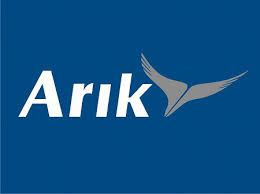 A lot of people travelling from London, United Kingdom to Lagos, Nigeria are still licking the wounds inflicted on them by one of the leading airlines in Nigeria called ARIK Air.
Information at the disposal of OSUN CITIZEN has it that a lot of these passengers got into trouble with ARIK during the 2016 Christmas and new year celebration period. And up till now, many of the people affected are still counting their losses.
As the story goes, armed with their tickets, passengers have besieged Heathrow airport in London with the hope of travelling to Nigeria, that’s where real trouble started.
These passengers who have paid their hard earned money for tickets were summarily turned back at ARIK counter after being told that they won’t be able to travel on the given dates on their tickets.
A passenger who spoke to Osun Citizen explains further “I’m meant to travel from London Heathrow to Muritala Muhammed International Airport in Lagos on the 23rd of December, 2016. On getting to the airport, I was told I won’t be able to travel on that day because people that were ought to be airlifted the previous day {22nd} didn’t travel because their flight has been rescheduled for the following day {23rd}.
Therefore, those of us meant to travel on 23rd will have to wait till 24th, can you imagine?”
When asked the reason behind this, the passenger said there wasn’t any tangible reason for the reschedule. The angry passenger  concluded by saying “my suspicion is that they have a problem with their aircrafts. They don’t have enough aeroplane to airlift people, so they are working at half or even quater capacity.
Instead of them to own up to their incompetence, all they told us is that they will move us to an hotel and we will leave the following day. I’m supposed to attend an event on 24th afternoon but I missed this event due to this irresponsible behaviour of ARIK.
Instead of them to wake up to their responsibilities, they were moving people to hotels, is that compensation or what? I have already made the mistake of booking ARIK, but I won’t try it again in my life. Not again!”
Osun Citizen further gathered that other passengers meant to travel on other days during the yelutide season got the same dose of treatment from ARIK as their booking was rescheduled at the eleventh hour leading to a disruption of their already planned journey and subsequent activities.
Unfortunately, ARIK, which is top on the list of indigenous airlines in Nigeria has not issued a statement on this development or contacted the affected passengers to plead for understanding or compensation if possible.
Arik Air 2017-01-12
Dotun Olanibi
Share