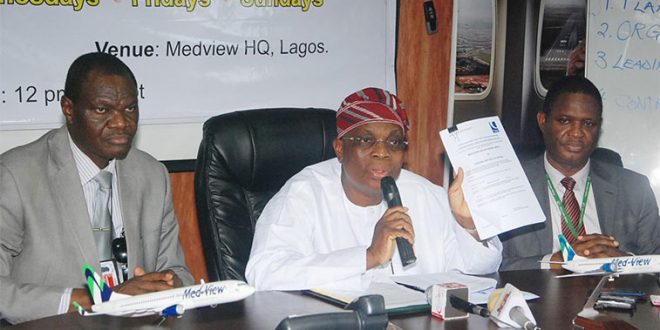 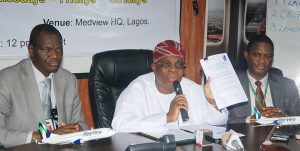 Blame Gatwick Airport Authorities, Not Us!

Med-View Airline has said that its passengers’ leftover luggage still in London will be delivered this week.

The airline in an appeal to the affected passengers, said the problem had been with Gatwick Airport not working full time during the holiday period, adding that the development affected activities at the airport, which had resulted in further delay.

According to the airline, between Wednesday and Thursday, all the backlog of luggage will be flown into the country.

Med-View passengers had arrived in the country last week without some of their luggage, a development the airline said was due to operational issues and delays in the screening of luggage at the Gatwick Airport.

The airline said in a statement that a special flight dispatched to London on Saturday to airlift left over luggage returned without the luggage following the inability of the Gatwick Airport authorities to screen them.

“Gatwick Airport had on arrival of the aircraft said it had no capacity to screen the luggage as only a handful of its workforce was on duty because of holiday. The airline regrets the inconveniences caused the affected passengers whose left over baggage was still in London by this unhealthy development,” the statement read in part.

The Chief Operating Officer of Med-View, Mr. Lookman Animashaun, said, “We thought by Sunday we would have resolved the left over luggage issue if not for Gatwick Airport authorities.”

Animashaun said another flight left for London on Monday to bring back home the leftover luggage and appealed to the affected passengers for their understanding.