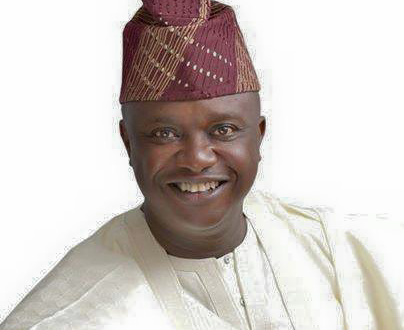 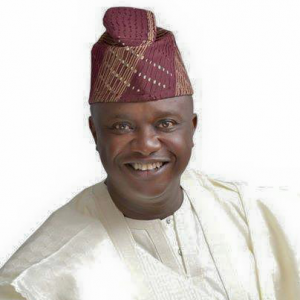 BABAJIDE OMOWORARE:
Osun East Senatorial District Begs For Development
The Vice chairman, senate committee on Federal character and inter governmental affairs, ‎Christopher Babajide Omoworare is not new to politics.
The 48 years old lawmaker before becoming a senator heldsway as the Lagos state house of assembly member representing Ifako-Ijaye state constituency 1 for two terms between 1999 and 2007.
Because of the popularity of Ifako-Ijaye constituency in Lagos, the popularity rubbed off on Omoworare and it made him equally popular and by the time he was re-elected in 2003, he was made the house leader.
Before he eventually contested and won the Osun East senatorial election in 2011, he has earlier given it a shot in 2007 contesting against his fellow kinsman, Senator Iyiola Omisore but lost.
After contesting the second time in 2011 and eventually clinching the seat, one would have expected that Omoworare would be prepared for the office and equally make the best use of it‎.
However, if the news reaching OSUN CITIZEN is anything to go by, then much is being expected from the ile-ife born legislator than he’s giving the people of his constituency at the moment.
An investigation carried out by this news medium revealed that the people of Osun East senatorial district made up of Ilesa and Ife towns and villages are complaining bitterly about ‎the conduct of Omoworare since he became the senator representing them.
According to them, needless to say that the governor of the state, Engineer Rauf Aregbesola, just like his counterparts in other states of Nigeria,  has lost total con‎trol of the state in the areas of finance, then it’s only natural for the electorates to turn to other politicians from the state holding key positions like Omoworare for succor.
Instead of these politicians to wake ‎to their responsibilities however, it’s either they distribute “peanuts” under the guise of poverty alleviation, they keep complaining and giving excuses for their non performance or they simply turn a deaf ear. Omoworare’s case in this context is not an exception.
A resident of Ile-Ife who is also a politician shared this with Osun Citizen “take a trip round the towns and villages that make up Osun East senatorial district and tell me what has changed in the last five years that he {Omoworare} has been elected as a senator here.
The only thing I can tell you is that he comes around once in a while and distribute peanuts and some items, capitalizing on the poverty and vulnerability of the people here claiming he’s doing poverty alleviation.
When you compare what he gets as an individual in Abuja plus his constituency project money with what he gives out to people here, then you will understand what I’m talking about better”.
Another person, a resident of Ilesa has this to say “Well, I wouldn’t blame Jide {Omoworare}. This is a man that has never been a part of us here. Apart from attending OAU which is in his hometown, Ile-Ife, he’s been living all his life in Lagos. I even heard he’s a member of the house of assembly there before Aregbe {Governor Aregbesola} forced him on us here for the second time. ‎One wouldn’t have expected this Lagos import, based on his unimpressive performance in his first term in office to be elected the second time but Aregbe insisted.
A lot of us still have that against Aregbe till date because he landed us in this mess. This is someone that will sit in Abuja and be blowing grammar. You only see him here during election campaign period, parties or when he comes to distribute small small things for people. People from Ile-Ife his hometown are even fortunate, we here can’t even point out to something that he has done which directly affects us positively”.
OSUN CITIZEN also gathered that each time some of these people, Omoworare is representing, raises highbrow and ask questions regarding his stewardship, Omoworare is said to always cry foul and claim that the people are asking him for personal favour and he can’t satisfy all of them.
If you go round all the local government and development areas in Osun East senatorial district, it’s the same story everywhere. You will realise that many of the politicians that represent this areas have totally lost connection with their root and one will wonder if they are actually representing the people or they are representing themselves.
From the normal basic infastructures like water, road, health care, education to the standard of living of people, it’s nothing to write home about.
A resident of Ibokun in Obokun local government area of the district summarized it up by saying “Please, tell Omoworare and other politicians representing us if truly we are the ones that they are representing to look inwards. They should make it a habit to come around here and develop this place and the people that live here. We don’t need their money, all we ask for is that they should fulfill the promises they made while seeking our votes”.
Babajide Omoworare 2016-12-27
Dotun Olanibi
Share

@CitizenOsun
Previous YAHOO BOY ALLEGATION: I AM NOT A CRIMINAL, I WON’T APPEAR IN COURT! – Oluwo Keeps Mum On Allegation Of Being An Ex Convict
Next MED-VIEW AIRLINE’S INCOMPETENCE: Blame Gatwick Airport Authorities, Not Us! – Med-View Tells Passengers