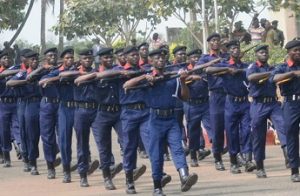 THE father of a 12-year-old girl, Razak Ahmed, arrested for incest has allegedly been tortured to death by officials of the Nigeria Security and Civil Defence Corps, Ondo State Command, while in their custody.

The deceased, arrested Sunday for having carnal knowledge of his daughter, was reportedly beaten to death with sticks by officials of the command while trying to extract confessional statements from him.

Consequently, his family speaking through his younger sister, Mrs Taiwo, in Akure called on President Muhammadu Buhari and the state governor, Rotimi Akeredolu, to investigate his alleged killing three days after he was taken into custody.

Vanguard gathered that the deceased was arrested by officials of the command on Sunday over the allegation at his Aule residence area in Akure, the State capital.

A reliable source told Vanguard that “it was one of his daughters, from another wife , that reported the case at the NSCDC station in Akure, on Sunday, so he was beaten to death by the men of the corps today (yesterday).”

The deceased younger sister, Mrs. Taiwo, confirmed that the he was beaten to death with stick.

Taiwo said “ It was one of his daughters that lied against him at the NSCDC office and he was then arrested and taken to their office and detained since Sunday. “In their cell they started beating him with sticks because he told them he did not commit the offence he was alleged to have committed. The torture was too much that he gave up the ghost and he was taken to the mortuary by men of the corps.“

Taiwo called on the government and human rights organisations to assist the family to get justice. She alleged that the command was planning to sweep the case under the carpet .

Several calls put across to the image maker of the command, Samuel Oladipo, for confirmation or otherwise of the incident, were not picked.

But a source in the command described the death of the suspect as unfortunate. He, however, denied that he was beaten to death with sticks by officials of the command.