MY BIGGEST CHALLENGE AS A MUSICIAN – Gbenga Falope Jnr 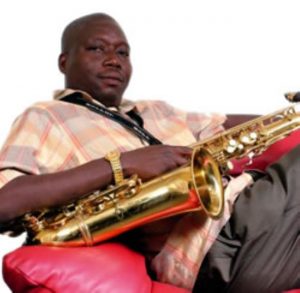 MY BIGGEST CHALLENGE AS A MUSICIAN
– Gbenga Falope Jnr
If you are a follower of entertainment in Osun state in the last 20 years, then the name Gbenga Falope will not be a strange one to you.
It is on record that multiple award winning Oluwagbemiga Falope popularly known as “Gbenga Falope Jnr” is a musician that has always lived and made it within the state, a feat only a few musician can achieve.
A native of Iperindo, Falope in this chat told OSUN CITIZEN’S Executive Editor; Dotun Olanibi his biggest challenges, how he started his band, the secret of his relevance and many more.
When did you start your band?
I started in 1991.
How much was your start off capital at that time?
Two thousand naira. {laughs}
Wow! So how did the two thousand in 1991 become a multimillion naira business today?
It is by the grace of God. The fact that I believe that God will always make a way no matter how difficult things are.
It is on record that since you started your band 26 years ago, you have always been in Osun state and you are always a point of reference all over the world, what’s the secret of your relevance?
Like I said earlier, it has been God and my believe in him. I don’t worship any other being apart from God.
I don’t patronise babalawo {herbalist} ‎I always put my trust in God. I don’t think negatively about other.
I have the fear of God, anybody that has the fear of God will not think negatively about others and think it’s only him that God has done somethings for.
A lot of musicians today run to babalawo for different reasons. Some even take the names of their band members to them to get charms that will make the band members stay permanently with ‎them.
I don’t do all that.
I believe in what God will do for me and that’s been helping me all these years.
Looking back, what will you say are your greatest challenges?
Ha! So many but let me give you just two.
Sometimes in 2001 when I started my band, the leader of the band conspired with some members of the band and they revolted.
He was promoting all manner of hate speech against me among my band members. He was telling them things like I’m the one making all the money while they are redundant and all sorts of things like that.
But I thank God that he was eventually exposed.
There was also the case of a client which I performed at his ceremony. He was so happy and impressed that he invited me over for a getting a‎fter the event. At the meeting, he promised to bless my band with some speakers which he did. I was very happy because I was in need of those equipments at that time.
My joy didn’t last long because, ‎shortly afterwards, his younger brother just called me one day that he wanted to come and take back the speakers his brother gave me.
At first I thought it was a joke, my dear brother, this man came and packed the speaker and took everything away!
I will never ever in my life forget that incident in my life.
Well, later, God blessed me with powerful speakers and equipment that are far away from the ones he collected from me.
Elder brother gave me speakers and the younger ones came to collect them, I will never forget!
Who are the artistes that you will say has shaped your career?
I will forever be grateful to Jimi Solanke and Tunji Oyelana.
Then‎, King Sunny Ade, he is the father of all.
Looking back, who are the people that you will say have helped your career?
I really appreciate my band members, my fans, my family members, my wife and my mum. ‎My mum has been playing a major role since I started my band. My mother has always been giving me money and I pray I will be able to pay back some of her act of kindness while she’s still alive.
Yesterday, 13th July, 2017, you got an award in Ilesa, tomorrow, you are getting another one, It has been different awards coming your way in recognition of your job‎, how does that make you feel?
I am honoured and I thank God for everything. It’s not by my power. 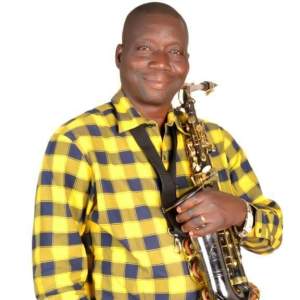 You are also the 1st Vice President of PMAN, how do you feel occupying that position?
By the grace of God, I am in that position and I  thank God‎. I didn’t in anyway beg for the position but God made it happen and I will try my best in this new position.
You returned from your America tour last week, how was the reception?
It was beautiful.
I performed in Maryland, Baltimore, Dallas and other states. My people had lined up so many activities for me over there and I was shown so much love.
My people in London are also expecting me this September, I will be there to entertain them.
All these have been glory of God.
What advise do you have for youths in the entertainment industry looking up to you?
My advise to them is that they should be themselves. And they should believe in God.
They should not patronise babalawo, it will not take them anywhere.
They should have have the fear of God and don’t think negatively about others. If you have the fear of God, you won’t think negatively about others.
Only God can make them become successful.
They should be contented with whatever God has done for them.
For me, I choose to be contented. By the special grace of God, I have a roof over my head, I have cars and I’m comfortable.
Gbenga Falope Jnr 2018-01-22
Dotun Olanibi
Share