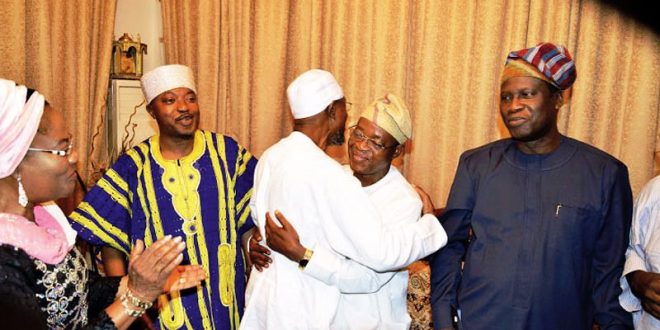 With a margin of 482 votes, All Progressives Congress (APC) candidate Gboyega Oyetola was this morning declared Osun State governor-elect by the Independent National Electoral Commission (INEC).

He said: “Oyetola, having satisfied the requirement of the law, having scored the highest number of votes, is hereby declared the winner and he is returned elected.”

Oyetola won after yesterday’s supplementary election held in seven units across  four local government areas where election could either not hold on September 22 or was cancelled due to irregularities.

Saturday’s election was declared inconclusive by INEC because the margin of lead is lower that the number of registered voters (which is 3,498) in the disputed areas.

At Garage-Olode in  Ife South Local Government Area of Osun, voters defied an early morning downpour to participate in the election.

Voters at the Adereti Polling Unit 012 arrived as early as 7 am to check their names on the voters’ register while voting and accreditation commenced at 8.am.

At the Ward 5, Unit 17  Polling Unit on Adewale Street at Alekuwodo, Osogbo, accreditation and voting commenced at exactly 8 am under a downpour.

INEC officials set up their tents and cubicles  as early as 7 am while many of the voters arrived as early as 6.30am.

In Orolu, however, suspected thugs were said to have prevented some voters from reaching the three polling units in the council area although policemen were later drafted in to restore normalcy.

Police spokesman Folashade Odoro said that the suspects were arrested by the police during a routine stop- and-search in Orolu Local Government.

Odoro said that the suspects used the ‘’official items’’ to gain access to restricted areas meant for accredited personnel of the Independent National Electoral Commission (INEC).

“Police team on stop and search duties at Orolu intercepted vehicles with sixteen persons on board in possession of customised INEC tags, fez cap and jackets with the inscription of ‘INEC Osun 2018 Election Observer’ and PDP membership cards,” she said.

Odoro said there was no truth in the reports making the rounds that some accredited INEC observers were arrested or denied access to polling units.

“The Nigeria Police Force wishes to debunk the report that some accredited INEC Observers were arrested or denied access to polling units.

“Therefore, assuring the good people of Osun State and other critical stakeholders of its renewed commitment and resolve to ensure adequate security for a free and fair re-run election while investigation continues,” the police spokesperson said.

@CitizenOsun
Previous ABUJA: Police parade suspect with fake currency, 23 others …N2million fake currency in circulation in Abuja
Next IBADAN: I trained our children up to varsity level, built the house we live in; all he does is to get drunk —Wife IT’S TRUE I DRINK BUT I STILL LOVE HER —HUSBAND