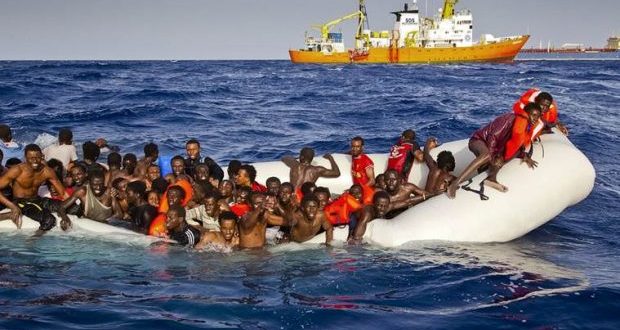 GREENER PASTURE: HOW I ESCAPED DEATH TWICE IN LIBYA – Returnee 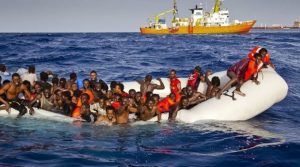 HOW I ESCAPED DEATH TWICE IN LIBYA

Onyebuchi Mbama from Uli in Anambra State has said that but for God’s intervention, he would have been a dead person in Libya.

Frustrated by the economic depression in Nigeria, the Anambra State-born Mbama joined hundreds of other Nigerians who think that the grass is greener in Europe.

He tried to access the European country through the desert of Niger to Libya where he hoped to cross the Mediterranean Sea to his land of honey, Italy. However, despite his two attempts threading through the deadly Sahara desert to reach the North African country of Libya, he could not cross over to Europe; his dream land.

He said his first attempt in 2015 cost him N300,000, which he paid to the agent that took him to Libya through the Sahara desert. He had his eyes on Europe, so he did not spend more than one month after he arrived at Libya before he entered the Mediterranean Sea.

But, like the proverbial ill fated man, who drinks water and it hangs on his teeth, he was arrested in the sea by the Libyan coast guard, brought back to Libya and thrown into prison.

“From the prison I got my TC to Accra, Ghana in 2016, from where I found my way back to Nigeria,” he said. Not even the desert and prison experiences in Libya could discourage him, as he raised some money and launched himself into the desert the second time.

This time, he said: “The second time, I didn’t pay anybody because I was already a ‘buga.’ I went by myself; I took along N200,000 to embark on the journey.” Again, when he got to Libya, he made another attempt at crossing the sea, but this time, the wave disrupted their journey leading to the death of many people.

He survived but was again arrested and thrown into prison. He had spent six months in prison before God answered his prayers through the International Organisation for Migration’s (IOM) Assisted Voluntary Return (AVR) programme. “After six months in prison, I was released because the IOM came to the prison with their ‘banamish,’ that is the UN rescue agreement.

That was how IOM rescued us from the prison and brought us back to Nigeria in August 2017,” he stated.

On whether he would still want to go back again, he said: “I can’t go back again because the suffering is too much. Besides, we have signed an agreement that we will never go back to Libya again. So, even if going to Libya costs N125, I can’t go there again. The suffering in the desert alone is enough to discourage one from embarking on the journey again. As a fair complexioned person, after the desert experience, my skin turned to charcoal black,” he said.

@CitizenOsun
Previous My husband abandoned me and nine children, wife tells court
Next LAGOS: POLICE COUPLE STAB EACH OTHER OVER MISUNDERSTANDING