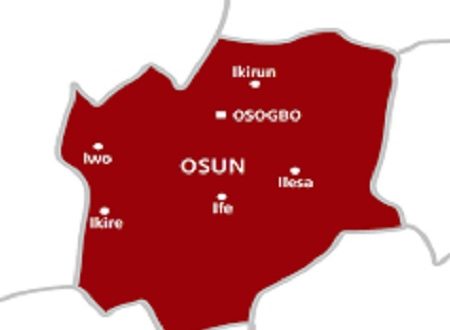 The Osun State Government has paid workers’ salaries, leave bonuses and pensions with the N16.6bn Paris Club refund released to the state by the Federal Government.

The Commissioner for Finance, Mr Bola Oyebamiji, who said this at a press conference in Osogbo on Thursday, added that the state government added N3bn generated from other sources to make it a total of  N19.8bn. He said the sum was used to pay August salary and arrears of four months, pensions and leave bonuses to workers.

Oyebamiji said, “The latest Paris Club refund released to the state by the Federal Government is N16.623,296,402.82 while Mr Governor has approved the disbursement of N19,801,328,271.22 to clear four months of salary arrears, pension arrears and leave bonus with adequate provision for full salaries.

“For the second month, we have now paid full salaries to all our workers. It is my hope and prayers that this will be sustained, and we will never have cause to modulate workers’ salaries in Osun again.

“Therefore, on behalf of Governor Rauf Aregbesola, I will like to commend and thank all the workers in Osun for their sacrifice, resilience and unflinching support to the government and dedication to duty, even in the midst of daunting challenges. I have no doubt that workers, in their demonstrable good nature and Omoluabi spirit, will reciprocate this good gesture from the government.”The commissioner explained that the administration resorted to modulated salaries due to the cash crunch caused by the sharp drop in the price of crude oil at the international market shortly before the end of Aregbesola’s first term in 2014.

He stated that the government had never diverted fund meant for workers’ welfare and had always made their welfare his priority since he assumed office in 2010. He said the Paris Club refund received had been used to pay salary arrears and pensions.

@CitizenOsun
Previous EKITI: MAN ALLEGEDLY KILLS WOMAN, THROWS BODY IN RIVER
Next OGUN STATE: ALFA ASKED ME TO BRING HUMAN HEART, HANDS FOR MONEY RITUAL – Suspect… “I knew nothing about what he said; I am being framed.” – Alfa