Breaking News
Home / News / AM NOT PERTURBED, I RELY ON GOD – SHEIK IBRAHEEM a.k.a “OLOHUNGBEBE ALUBARIKA” … Warns evil people to ‎fear God and desist from evil 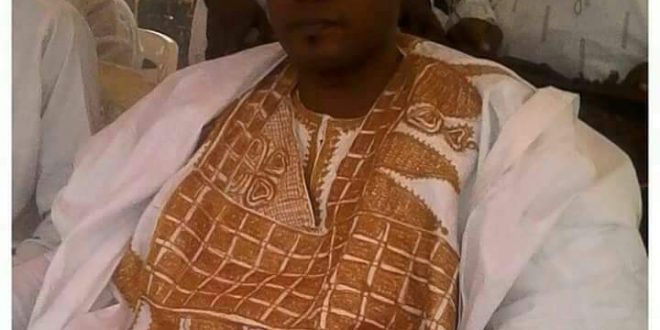 AM NOT PERTURBED, I RELY ON GOD – SHEIK IBRAHEEM a.k.a “OLOHUNGBEBE ALUBARIKA” … Warns evil people to ‎fear God and desist from evil 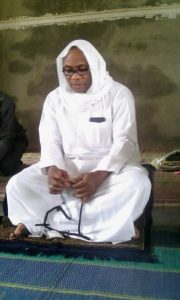 AM NOT PERTURBED, I RELY ON GOD
– SHEIK IBRAHEEM a.k.a “OLOHUNGBEBE ALUBARIKA”
… Warns evil people to ‎fear God and desist from evil

Sheik Ibraheem OLOHUNGBEBE ALUBARIKA is one of the most ‎popular and respected islamic clerics in the state of Osun, and the entire south Western part of Nigeria. His popularity has travelled beyond his Ayekale, Ota efun Base in Osogbo, Osun state, and gone round the country and even beyond Nigeria.
Recently, you will recall that a particular herbalist based in Aagba who goes by the name Isiaka Akande known as olohungbebe was involved ‎in a scandalous issue relating to ritual killing.
As the story goes, a man was caught and some parts of human body were found on him.
After being caught, he led detectives to this said olohungbebe who he claims is the one that sent him to get human parts for him. The detectives swooped on him and got him arrested.
Since then, it’s been one misconception too‎ many from different quarters. Some people ‎have gone to town with different tales regarding the issue.
Some are mistaken this herbalist presently in police net for the highly respected Sheik OLOHUNGBEBE ALUBARIKA in Osogbo.
In this brief chat with OSUN CITIZEN’s Executive ‎Editor; Dotun Olanibi, humble Ilorin born Sheik; OLOHUNGBEBE ALUBARIKA opened up on the whole issue.

What is your reaction on this present issue?
Well, first of all, I want to say the name Olohungbebe is a divine name. I’m not the first person to be called that name. There is a man called Ibrahim Olohungbebe in Ota, Ogun state.

There’s nobody around that town that doesn’t know him when he was alive.
He was a very good man and people loved him so much till he died. That’s the man from whom I got the name Olohungbebe.
Now, when I relocated to Osogbo, I discovered that there are many people that go by the name Olohungbebe.
Infact, I know about 9 islamic clerics that are known as Olohungbebe but God did not plan that they are the ones that will make the name popular. We have Olohungbebe water, Olohungbebe blocks, Olohungbebe bread and what have you.
That is to show that the name Olohungbebe is divine and it’s a good name. That’s why you see many people identifying with the name. I became popular with this name because when people come to me for prayers and their prayers are being answered, you hear them saying “Olohun gbebe wa lodo yin” meaning God has answered our prayers through you. Thats how i became popular with the name “Olohungbebe”.
This herbalist that is in the centre of it all‎, is known in Aagba where he lives as someone whose job is to take care of mad people.

When detectives got to his residence, a lot of things were discovered there and I believe the law enforcement agencies are taking the right step to ensure justice is done.
Meanwhile, I want you to note that people are interested in attacking something or someone that is good‎, so when this happened, my reaction at first was that I have nothing to be afraid of because I’m not doing anything bad.
I just believe that it’s the will of God because there’s no occurrence without the knowledge of God .

What do you have to tell your loved ones who felt concerned about the whole issue?
To be honest, when the whole thing happened, I didn’t even attach any importance to it. But later, my people started calling to ask questions, at that point, I think I just owe them the responsibility of addressing the whole issue.
Let me just use this opportunity to tell all my people worldwide that I will never ever disappoint them. I will always continue to serve Almighty Allah as I have always done. I am not moved, I am not perturbed, I rely on Almighty God.‎
You will recall that even Jesus Christ was criticised and eventually killed but God vindicated him. The great prophet, Mohamed was also attacked and he said those people that attacked him will not end well and it happened just like he said it.‎ So it’s not something new.

The issue of ritual killing is very rampant these days, what message do you have for ‎people involved in this and other crimes?
Thank you. First of all, I want all of us to fear Almighty God. The truth is that if people fear God, they will never get involved in crimes or criminal activities. A lot of atrocities going on these days are as a result of our people’s lack of fear of God. If we are all God fearing, we won’t get involved in crime.
I want to appeal to all people that are getting involved in crimes to desist because the eventuality is always regrets and regrets. So let all of us move closer to God and do good to one another. 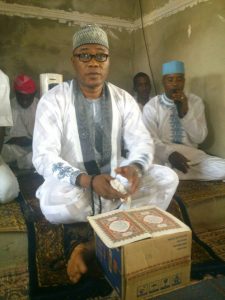