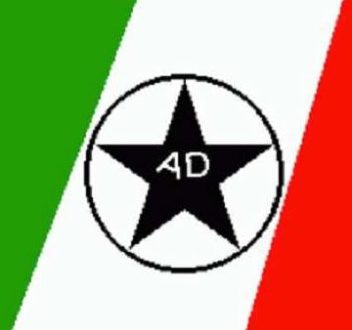 Ahead of the forthcoming 2018 governorship poll in Osun, the Alliance for Democracy (AD) in the state has staged a comeback under the mantra AD-Alive, with the resolve to produce the next governor of the state.
As part of the moves to prepare a groundswell of support base before the conduct of the poll, the party, which inaugurated its new office in Osogbo said it was ready to liberate the people of Osun State by wrestling power from the ruling All Progressive Congress (APC) government.
Addressing members at a stakeholders’ meeting and the commissioning of its new party secretariat, located at Alekuwodo, Osogbo, the state chairman of AD, Hon Olapade Fakunle charged party faithful to commence grassroot mobilisation of the people, with a view to achieving electoral victory for the party in 2018 gubernatorial poll in the state.
He said no effort must be spared in rescuing the people of the state from bad governance, weak economy and shackles of poverty, saying that this can only be realised through successful mobilisation of the electorate in voting for the AD in the election.
At the stakeholders’ meeting the goodwill message of the national leader of the party, Chief Mojisoluwa Akinfenwa was delivered by the vice chairman of the AD, Hon Alabe Najeem.
In his remark, former member of the House of Representatives on the platform of AD, Hon Femi Kehinde, who represented Iwo Federal Constituency between 1999 and 2003 described his coming back to the party as a beautiful home call, just as he declared his intention to contest 2018 governorship election.
According to him, AD is the only authentic political platform fashioned and designed after the defunct progressive Action Group (AG) and subsequently the Unity Party of Nigeria (UPN), stressing all hands must be on the deck to bring about the desired change that can better the fortune of Osun indigenes through responsive governance.
– Nigerian Tribune
Osun AD 2017-05-24
Dotun Olanibi
Share