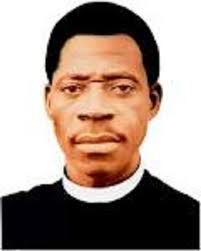 There is no way one will talk about christianity in Nigeria and Osun state will not be mentioned. For a fact, many popular men of God late or living either hail from Osun state or started their ministry in the state.

These men of God share something in common when it comes to their religious activities; they all go to the mountain top to seek the face of God and they get their prayers answered. These mountains where they go for prayers, because of the power attributed to them, have continued to attract thousands of worshippers worldwide since then and even after their demise.

In this report, Osun Citizen presents to you the story of the three most popular out of these prayer mountains. Because of his significance, added to the list is a prayer ground (not a mountain) where the popular Apostle Joseph Ayo Babalola received his calling.

Ori-oke Baba Abiye is a prayer mountain located near Ede town and between the rustic towns of Awo and Iwoye in Egbedore Local Government area of Osun state. The over 500 meters stretch mountain was established in 1944 by Prophet Samson Oladeji Akande.

Since its establishment, the mountain has turned to a prayer city besieged by all manners of people including those in need of inspiration, as well as those seeking divine intervention to both physical and spiritual problems.

Apart from its religious significance, one striking feature of the prayer mountain is its tourist potential. Standing on top of the mountain, one will have a clear view of the luxuriant surrounding environment. The first building used as church and the personal prayer room of the founder still stand on top of the mountain, though the first church building has been converted into a male hostel. The prayer city also has a bible institute, where men of God are equipped with adequate knowledge of their calling and are prepared for the “go yea commission”.

Recalling the story of how the mountain was established the cleric in charge, Pastor Funso Akande said that in 1944, God directed the founder to go and establish a prayer city for him on a mountain after the man of God had completed a 16- month fasting and prayer session.

“Prophet Samson Oladeji Akande got the call to start a prayer mountain in 1944 and the blind servant set on the journey to Gbajeero hill along Kuta-Ile-Ogbo road, but he was asked to proceed as Gbajeero hill was not the destination of his prophecy until he got to a mountain after the Osun River between Awo and Iwoye where he contended with evil being, the first of which was a python, which used the hill as its enclave.

“Having conquered the python, he faced another demonic spirit, the queen of the hill (Barebaduntan) and her followers, whose abode was in the womb of the hill, but the power of prayer coupled with the support of the Holy Spirit, the queen and her followers were forcefully ejected from the hill, paving way for God promise to manifest in the life of the blinded Prophet Akande,” he said.

According to him, these and many other battles were fought to make the mountain an abode of the faithful who thronged the mountain on daily basis. The cleric in charge of the mountain who is also the son of the founder also recalled God’s promise to the founder of the prayer city.

“When God asked Prophet Akande who is popularly known as Baba Abiye to go and established the prayer city on the mountain, He made a promise. God said he will turn this prayer mountain into a city and many rulers from different parts of this country and Europe would come here because he will work great miracles among people here and captives shall be set free.”

Today, the prayer city is not just about prayers and miracles; it also has socio-economic value for the adjoining communities. Various activities are carried out on the mountain throughout the year that attracts people to the area, thereby boosting economic activities. Notable among such activities is the Abiye convention, a mega programme aimed at providing solutions to various afflictions and challenges.

Ori-Oke Ikoyi have different prayer spots on the mountain where both male and female pray together but the Top eager on the mountain is strictly for men. This is a mountain were prayer are held for 24 hours a day.

This is one mountain that is being patronized by all the men of substance in Nigerian and some even come from other continents to pray on this mountain either once in a year, every month or quarterly.

At this mountain which is also referred to as holy ground, no visitor is allowed to wear his or her shoes no matter your status in the society.

We were told that there is nobody that comes to the mountain that does not receive answers to his or her prayer.

The late Apostle Joseph Ayodele Babalola established this mountain in 1935, at a time when idol worship, rituals, black magic, witchcraft and so many devilish acts were at their peak in south west Nigeria.

Over the years, C.A.C Koseunti Oke-Erimo, located in a small town called Erinmo-Ijesha, has always been a Jerusalem of sort not only for people looking up to God for miracles, healing or other things, but also for men of God to refresh their anointing. This is because of the spiritual power on this mountain and it has been like that for more than two decades now, especially since Prophet Adeojo, the minister of God in-charge, was ministered to by God to go and establish the place.

It has since become a place where all spiritual needs are met, where miracles abound and testimonies follow almost immediately we were told.
Depending on individual’s problems, people spend days or months on this mountain with fasting and prayer.

As strong and powerful as C.A.C church and its prophets like the great Prophet Ayodele Babalola, Prophet Akande (Baba Abiye) and Prophet T.O Obadare and likes were, so also is this mountain.

But like every other church and mountains, this mountain also has its own rules which is to be followed by visitors. In fact, as soon as you arrive the mountain, you will be advised to go and register your name with full address and car number if you came with any. Interestingly too, people are allowed to come in groups and with their pastors for special prayers, but must obey the laid down rules to the letter.

Some of these rules include silent prayers from 7pm. No shoes are allowed on the mountain. Visitors are also seriously warned against fellowship with strangers in order not to fall victim of fraudsters that do come around, parading themselves as ministers of God. Even eating and drinking is not allowed as soon as one arrives the mountain. Though there is a small store where one can buy soft drinks, bread and things like that, but not to be eaten around the altar.

Another unique thing about this mountain characterized by its distinguishing 146 steps is the mysterious water bank on which one would pass before climbing the mountain.

The water is said to posses spiritual power of healing and performing wonders that people come from all over the world to collect it. The barren, findings revealed regularly come for testimonies as well as those whose businesses are experiencing turbulence. Top politicians and big time contractors we learnt do visit this mountain every now and then for spiritual cleansing and other special prayers.

Prayers here are said to be answered by fire and speedily too, which is why according to our findings most people go there for miracles.

Findings even revealed that most visitors were told on arrival that it is advisable for one to bath with the water before climbing and when coming down from the mountain.

Aside that, the most shocking thing is how building materials are moved to the mountain top as high as it is. Because there are some buildings on the mountain. For instance, the mountain top has an auditorium, the prophets’ section and the one reserved for the use of female worshipers.

The process we heard is through voluntary efforts of visitors who carry block, sand and other building materials one by one, from bottom of the mountain to the top, depending on their capacity and how laid it in their hearts.

Here, general program takes place every day from 12pm to 3pm. Special program is on Fridays at 12am in the mid night till 4am or 5am in the morning.

So visitor are free to have their individual prayers every other hour aside the stipulated time for general prayers.

The over one thousand acres of land where Apostle Babalola was working as a steamroller along Akure – Ilesha road on October 9th 1928 by the river Ariran when he heard a loud voice from above like the roar of thunder which called his name thrice saying “Joseph! Joseph!! Joseph!!! Leave this job you are doing; if not, this year you are going to be cut off from the earth.”

This particular place is known as Ikeji-Arakeji. The place is a rallying prayer ground for most Christian who doesn’t want to go to the mountain.

Ikeji Arakeji has 5 significant prayer sections which is believed that God of Babalola answers prayers within a second. One of the prayer spot is the special Babalola prayer room where he spent 6 days praying for 120 times. Another prayer spot is the bathing-wash that was said to have no source and it had never gone dry since it was sanctified by the Apostle and this water is used to heal all kind of illness, diseases and it also open the womb of barren woman.

It will be recalled that one of the significance of Babalola’s ministry while he was alive was the water therapy. There is water meant for strictly drinking with healing abilities at Babalola prayer ground at a spot where he do stand to pray for hours.

Arakeji where the present C.A.C private university Joseph Ayodele Babalola University named after the late Apostle is located is the most popular among Babalola prayer mountains and no C.A.C prophet or pastors that do not have a link with this place.