CONFESSION OF A SMUGGLER ARRESTED WITH POLICE ID, JACKET: I’M NOT AN OFFICER 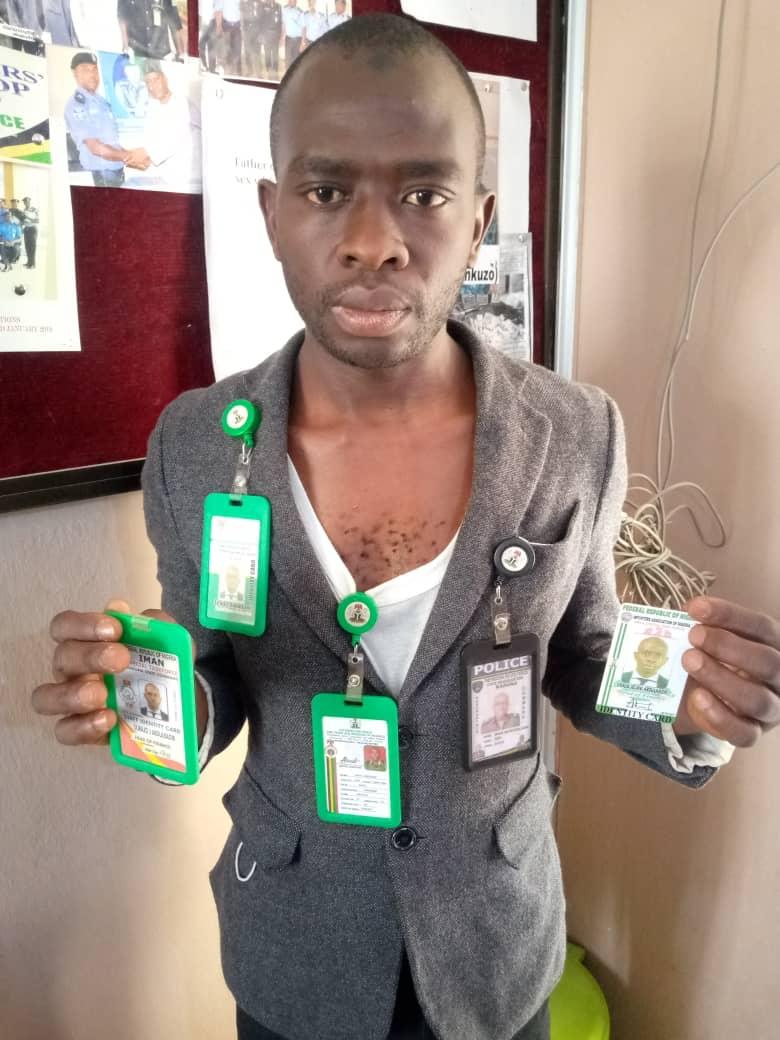 The suspected police officer with the rank of Assistant Superintendent of Police arrested for smuggling by operatives of the Katsina Customs Command last week has confessed that he is not a police officer but only impersonated to enable him to beat security checkpoints with his contraband items.

Vanguard reported on Wednesday that the suspect who was arrested along Katsina- Kano road was conveying contraband items, including foreign rice, spaghetti, and macaroni in a Toyota Sienna wagon with registration number “LSD 315 FD” when he was intercepted by customs operatives from the Katsina Area Command.

Also found on the suspect, were four different ID cards including that of the police as well as a police ballistic jacket, a handcuff among others.

The impostor was identified as Sirajo Jelani Abdulkadiri, and the police exhibits found on him were later transferred to the Katsina Police Command for further investigation, where he made the confession while being paraded before journalists by the police spokesman in the state, SP Gambo Isah.

Sirajo in his confession said: “I am not a police officer. I only use their ID card and other items found on me to make it easier for me to beat security checkpoints on the road.”

SP Gambo while speaking on the development said:
”The Command wish to inform members of the public for the purpose of clarity and avoidance of doubt that after conducting a thorough and discreet investigation on Sirajo Jelani Abdulkadiri arrested by customs operatives in Katsina for smuggling discovered that the suspect is not a policeman but an impostor as the police ID card found in his possession is fake.”

As a result, SP Gambo said the suspected smuggler will be returned back to the Katsina Command of the Nigerian Customs Service to be prosecuted for smuggling activities.