Breaking News
Home / Uncategorized / CONFESSION OF A MURDER SUSPECT: I KILLED HIM BECAUSE HE WANTED TO PERFORM HOMOSEXUAL ACT WITH ME 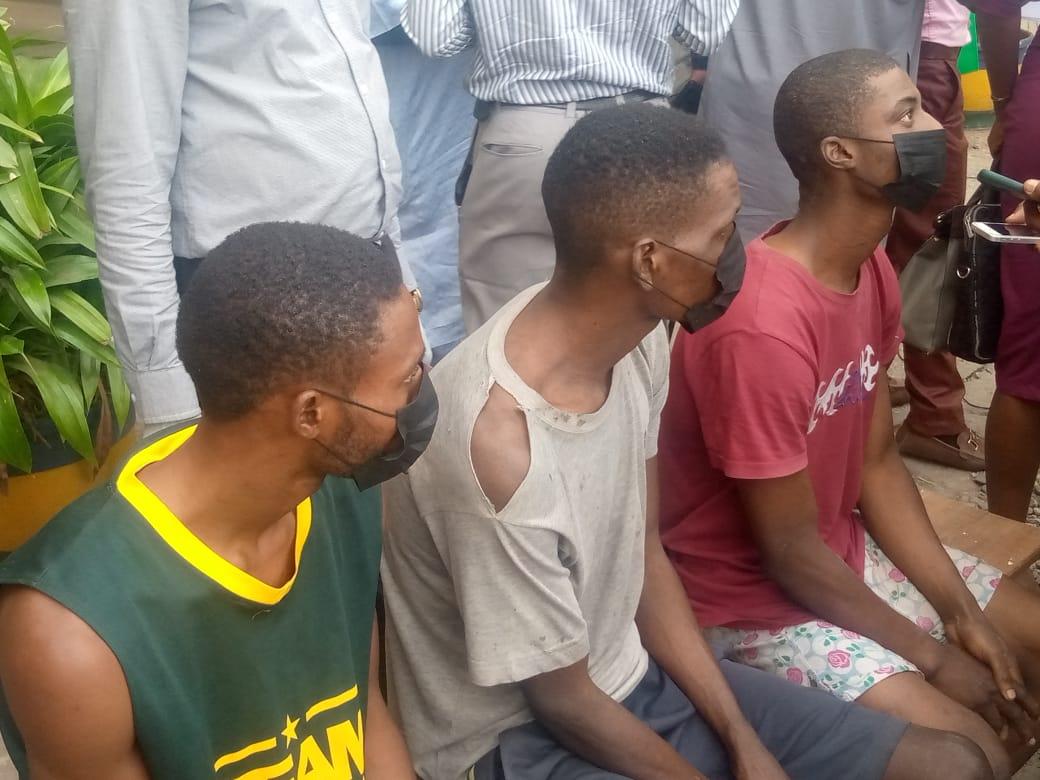 The prime suspect in the gruesome murder of Dr Obisike Donald Ibe, a 37-year-old medical doctor working at Zenith Lab and Kidney Centre, Abuja, Abdusalam Ibrahim has said that he personally macheted the Doctor at his Games Village home because Dr Obisike is a ‘homosexual’ and he tried to force him into ‘homosexual act’ with him.

Abdusalam Ibrahim, Fidelis Ezekiel and Philemon Hussaini were the three suspects that jointly participated in the murder of the duo of Dr Obisike.

Dr Obidike and his friend Mr Ezekiel Edoja both living at D22, 24 streets, Games Village were together at the house last December 2021 when the incident occurred.

The trio along with 16 others was paraded on Tuesday by FCT Police Commissioner, CP Sunday Babaji for various criminal infractions in the FCT.

CP Babaji said, “The FCT Police Command since the receipt of the information of the Games Village murders deposited the corpse at the morgue and embarked on an aggressive manhunt in the midst of pain-staking investigation’s.”

“The perpetrators of the dastardly act also carted away with a vehicle and an envelope containing about $1,000, the mobile phone of the deceased doctor and the ATM card which was used to withdraw money to the tune of two million naira from the deceased account on 13 December 2021.”

“Following the above, 3 suspects namely Abdusalam Ibrahim aged 26, Fidelis Ezekiel aged 27 and Philemon Hussaini aged 22, have been arrested in connection to the case.”

“The suspects upon interrogation confessed to have plotted and committed the offence. The suspects will be charged to court upon the conclusion of the investigation.”

But speaking with reporters, Ibrahim who hails from Kaduna state said, “I used Cutlass to kill him. The doctor is a homosexual. He wanted to force me to have sex, I refused. He held on to my clothes and was trying to remove my clothes. When I refused, he started abusing me.”

“I later called my friends to the house to come to help me pack my load. The doctor bought a lot of drinks and I became very high. I and my friends then tied the doctor and his friend. When my friends went out of the room, I came back with a Cutlass and macheted doctor because of what he wanted to do to me which I didn’t like.”

Asked to throw more light on how the doctor tried to force him into the homosexual act, Abdusalam who is a Cleaner said, “He came to my room and asked me to massage him. I told him I can’t do massage. He said he will pay me, that I should name any amount and I refused.”

Other suspects were arrested for kidnapping offences, vehicle snatching, homicide, cultism, armed robbery, robbery of petrol filling station and illegal possession of firearms among others.