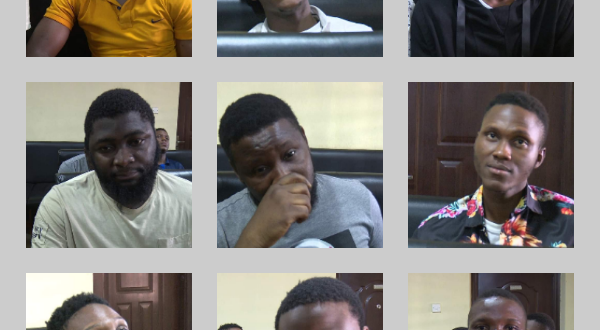 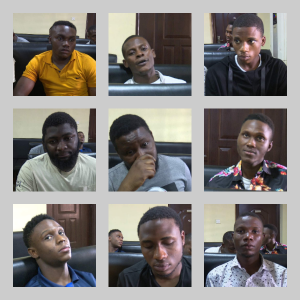 The internet fraudsters were arraigned and convicted on separate and different count charges that included cheating, impersonation and obtaining by false pretence, which are offences that run contrary to Sections 321, 320(a) and Section 95 and 322 of the Panel Code Law of Northern Nigeria 1990 and punishable under Section 324 of the same Law.

The nine accused persons, pleaded guilty to the different charges against them.

Justice Idris likewise convicted the 9 defendants as charged. He adjourned the case to July 25, 29 and 30 2019 for sentencing and ordered that they be remanded in prison custody.

@CitizenOsun
Previous OYO: SHE DENIES ME SEX, SAYS I STINK LIKE A CORPSE – Husband
Next LAGOS: TEACHER LURES FEMALE STUDENT TO LABORATORY, RAPES HER