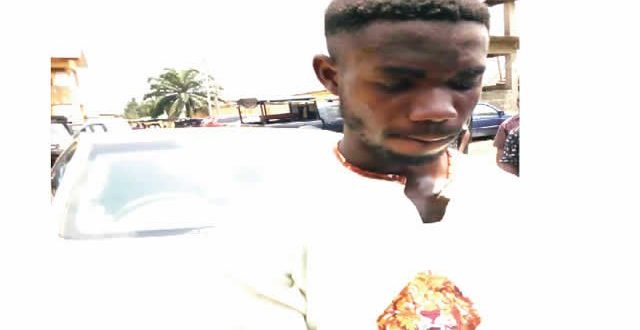 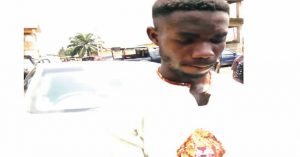 A suspect, Emmanuel Nwachukwu, 23, arrested for allegedly stealing a car, has said hardship and frustration led him to the crime.

Nwachukwu, who was working at Lace Bar in Ijebu-Ode, Ogun State, reportedly made away with a Toyota Camry with number plate, KTU 721 EJ, that was brought to a car wash attached to the bar on April 6, 2019.

He was, however, arrested by operatives of the State Intelligence Bureau attached to the Abia State Police Command, Umuahia, who were acting on a tip-off.

The Commissioner of Police in the state, Mr Ene Okon, who confirmed his arrest, said a search for the car revealed the identity of the owner as Oluwadare Akingbola, a resident of  Lagos State.

He said, “When we contacted the owner, he revealed that the vehicle was taken to the car wash at Ijebu-Ode, but the car wash operator absconded with it.

“Our enquiry has confirmed that the suspect, who hails from Umuajata Olokoro, Umuahia, is the operator of the car wash. The case will be transferred to the venue of the offence for further prosecution.”

Nwachukwu, however, regretted his action while fielding questions from our correspondent.

He said hardship led him to the crime, adding that he was contemplating returning the car to the owner before he was arrested.

He said, “I am still surprised at how I was able to come back with the car. All the policemen that stopped me at different checkpoints allowed me to pass. Everything just happened by the special grace of God.”

“But when I got home, I started having double mind on what to do with the car and started thinking of returning it. I didn’t plan to sell it.”
@ Punch Newspaper
Abia state command Lagos state Police command 2019-04-22
Dotun Olanibi
Share

@CitizenOsun
Previous REVEALED!!! HOW TOP JAMB OFFICIALS STOLE BILLIONS AND BLAMED SNAKES, FIRE
Next CONFESSION OF A NOTORIOUS KIDNAPPER: HOW WE KILL PEOPLE, USE CHEMICAL TO DRY THEIR CORPSES SO THAT THEY WON’T SMELL