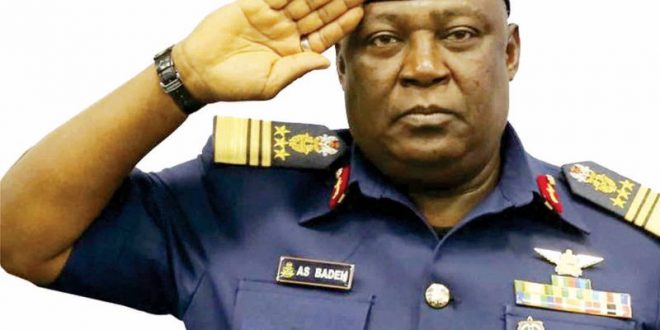 HOW WE KILLED ALEX BADEH 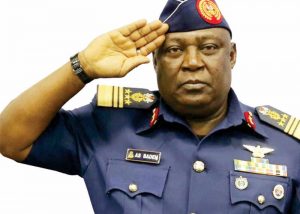 Detectives from the Inspector General of Police Intelligence Response Team (IRT) have revealed that the killers of the former Chief of Defence Staff, Air Vice-Marshal Alex Badeh, used a Dane gun.

Air Vice-Marshal Badeh was killed on December 18 last year by hoodlums who attacked his convoy on the Keffi- Kaduna Expressway while he was returning from his farm on the border between Nasarawa State and the Federal Capital Territory.

The revelation is coming on the heels of the arrest of four additional suspects believed to have taken active roles in the murder, including an informant identified simply as Maube.

The IRT source further disclosed that the arrest of the four additional suspects brought the number of suspects arrested in connection with the killing to five. It recalled that IRT operatives had on December 23, 2018, through a tip-off, arrested one Rabo Shuiabu Rabo, who allegedly fired the shot that killed the ex-CDS, and he confessed during interrogation that another suspect known as Ciroma invited him and his brother, Yahaya, for the operation.

Shuaibu was said to have stated further that Ciroma, who provided three of the guns they used for the operation, including the Dane gun he used in killing the ex-CDS, did not tell him that their target was a former CDS. Shuiabu confessed that Ciroma told him that their target was coming to Panda area of Nassarawa State with a huge amount of money which he intended to use in buying a farmland in the area.

The IRT source further revealed that after Badeh was killed and one of his friends, Joseph, was kidnapped, operatives of the IRT, led by Deputy Commissioner of Police Abba Kyari, swung into action and arrested Shuiabu through information provided by some Fulani businessmen within the state, and Shuiabu’s confessions aided the IRT operatives in apprehending, Ciroma and three other suspects, namely Maube, Yayaha and Abdulahi.

The source also disclosed that after the four other suspects were arrested, it was discovered that Maube, who was the middleman between the late Badeh and the owner of the farmland which he wanted to buy, contracted Ciroma and the other four suspects to attack Badeh’s convoy on the fateful day.

Narrating how he organised the robbery operation that led to the killing of the late ex-CDS, Ciroma said: “There was a day I went to meet a man called Maube, who lives in Kare, close to Panda area of Nasarawa State. He told me that there was a rich man who had a farm in his area and he would need some boys to rob the man. “I contacted one Shuiabu who I met in Gitata Market and told him about the plan and he got interested and brought in his brother, Yahaya. “I took their numbers, and three days later, Maube called me and said that the rich man was in his farm on that day, saying that I should call my boys. I called Shuiabu and told him that the man was on ground and Shuiabu brought two persons: Yahaya and Baso.

“They met me at Gitata and Maube called me and said that the rich man had left the farm and was driving through Panda Road. Maube took a motorcycle and followed the rich man behind while I and six others, namely Alhaji Lamido, Galma, Rabo, Shuiabu, Yahaya and Baso, waited for the man at Zomgo area of the state, close to Buratai’s farm. “Then Abdulahi, who was carrying Alhaji Maube on his bike, brought two guns to us and pointed the vehicle to us, and we came outside and waylaid it. “We had four Ak-47 rifles in that operation. I brought two Ak-47 rifles and a single-barrel Dane gun. I got one of the Ak-47 rifles from a friend known as Rontumi and another from Rugumi.

The Dane gun belongs to me, and we entered the road and blocked the man’s convoy. I don’t know who among us fired the shot that killed him because three persons fired. “I went to the man’s car, opened it and found money in it. I gave the money to Ibrahim Abdulahi and asked him to give the money to Maube. It was the next day that we knew that the person we killed was a four-star general. I don’t know the amount that was in that bag because it was with Maube.”

Recalling how he was arrested, 35-year-old Ciroma, who said he has two wives and eight children, said: “I am a taxi driver and I ply the Kaduna-Keffi Expressway. “Around 5 pm on 24 December, 2018, I was at Panda Market, waiting for passengers when a bus blocked me and policemen came out of it. I was dragged into the bus and I saw Shuiabu in it. “I was swiftly handcuffed and taken to the Keffi Area Command in Nasarawa State. There they asked me if I was part of the gang that blocked the road and killed Alex Badeh, and I said no. But  when I was brought to Abuja, I had no option but to confess.” On his part, Ibrahim Abudulahi, 26, a native of Kare area of Nassarawa State, said he did not know that Alhaji Maube was planning a robbery operation when he called him to take him to Gitata in December 2018. He said: “I am a farmer and I also ride commercial motorcycle because I needed extra money to fend for my family.

“Alhaji (Maube) called me on a Tuesday in December 2018 and asked me to take him to Panda area of Nasarawa State. “When we got to his shop, he asked me to stop and I did. He went into his shop and brought a bag. I didn’t know what was in the bag. He only told me to take the bag to Gitata and hand it over to Ciroma. “I went there and stopped at Buritai’s farm where Ciroma and Shuiabu and Alhaji came to meet me and collected the bag from me, after which they asked me to wait nearby, but I went to the back of Buritai’s farm and waited. “A few minutes later, I heard rounds  of gunshots and Ciroma called me to come for the bag I gave him, and he also handed me another bag containing money and told me to give the bag to Alhaji Maube.” Shuiabu, 25, a native of Bade area of Kaduna State, said he was not aware that it was the bullets from his gun was that killed the Badeh, adding that he was not the only person that shot at the deceased  general’s convoy. He said: “What happened was that before last year’s Christmas, I went to the market and I met Ciroma, and he told me that there was a big man who had a farm in Panda and was coming to buy another farm within the area. 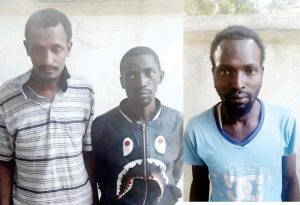 He said he would want us to rob the man when he brought the money for payment. It was on a Friday and Ciroma told me that the man was coming on a Tuesday to pay for the land. “On that Tuesday, I went to my own farm and told my friend Yahaya about it. We called Ciroma to know if the job was still on, and Chiroma asked us to come. I also called one of my friends known as Baso and we went through the back of Gitata and got to Bruitaia’s farm. “When we met Ciroma, he gave me a Dane gun but I saw five guns with him. He gave the rest to the other people with us. “When the operation started, my friend, Yahaya, was on my right with a stick and I was in the front. But Ciroma and the other guys were ahead of us. When the vehicle that was carrying the man and the money came, the people in front started shooting. “At that point, I cannot tell who killed the man. And when we got to the vehicle, Ciroma brought out a bag from it. He gave me N25,000 and said he would call me when the money was ripe for sharing. I didn’t know that the man was killed by the bullet from the gun I used for the operation.”