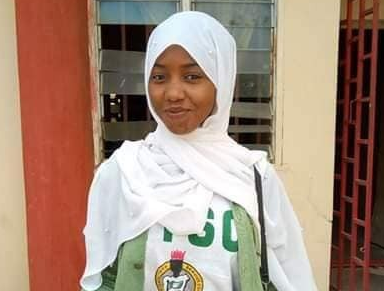 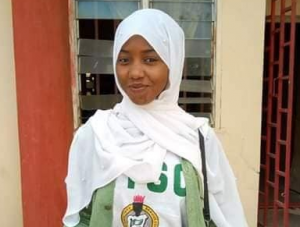 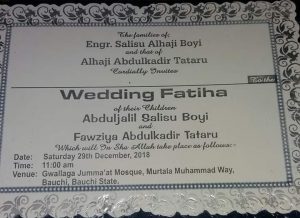 It was a tragic day in Bauchi on Friday, December 28, when a bride-to-be suddenly died a few hours to her wedding fatiha scheduled to hold on Saturday, December 29, 2018.

A source close to the family disclosed that the late Fawziya Abdulkadir Tataru attended her wedding walima on Friday as she was scheduled to get married the next day, December 29, 2018, by 11:00 am at Gwallaga mosque, Bauchi.
The source who was still in mourning mood said, “but now her funeral prayer was conducted in the same mosque, same time, she died a night before which was the eve of her wedding. May Allah grant Fauziya Al-Jannah.”
Though the cause of her death could not be immediately revealed, it was said that she complained of a mild stomach ache during the walima and only managed to pull through it but died later in the night.
She was Quantity Survey graduate of the Abubakar Tafawa Balewa University, Bauchi State.

The remains of late Fauziya was buried on Saturday at the Moslem cemetery after the funeral prayer that was conducted at the Gwallaga Jummaat Mosque that would have been the venue for the wedding fatiha.