Breaking News
Home / News / HE MET ME A VIRGIN, DEFLOWERED ME BUT TREATED ME LIKE A FILTHY RAG —Wife SHE GAVE OUT MY DAUGHTER IN MARRIAGE WITHOUT MY CONSENT —HUSBAND 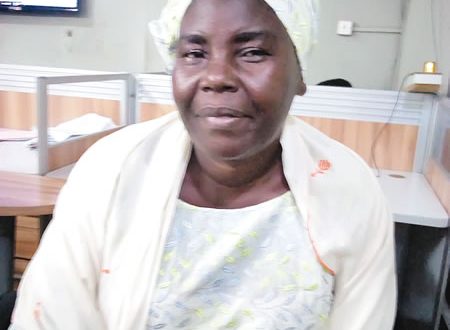 HE MET ME A VIRGIN, DEFLOWERED ME BUT TREATED ME LIKE A FILTHY RAG —Wife SHE GAVE OUT MY DAUGHTER IN MARRIAGE WITHOUT MY CONSENT —HUSBAND 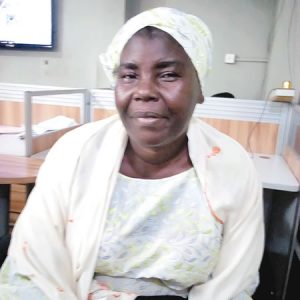 HE MET ME A VIRGIN, DEFLOWERED ME  BUT TREATED ME LIKE A FILTHY RAG

SHE GAVE OUT MY DAUGHTER IN MARRIAGE WITHOUT MY CONSENT

For Ms Olayinka Akinbo, former staff of the defunct Nigerian Arab Bank, marriage is a big riddle that two consenting partners, bound by love, must determine to solve. Sadly however, Akinbo’s marriage is upset by conflict, struggles and bitterness induced by misunderstanding between the husband and the wife. She was in Tribune House recently to tell her story. She describes her experience in marriage, 32 years after she bade farewell to spinsterhood, as sad and regretful.

After calling it quit with each other over a heated disagreement that ensued between them more than 20 years ago, decision by Nafisat, their first child, to get married in November last year despite her father’s position against it re-enacted the conflict between them  leaving allegations and counter-allegations in its trail.
The seed of acrimony between the estranged lovebirds sprouted on the wedding night during their first private moment together. Hatred germinated on their minds and took firm roots year after year. Akinbo recalled in sorrow how the joy of her marriage paled into cloud of rejection. She expressed regrets about the treatment that she got from her husband despite her avowed faithfulness and commitment to him, saying: “My husband married me as a virgin; he was the first man ever to meet me. I never agreed to a relationship with any man before then. Rather than appreciate this and reciprocate by showing me love, he rough-handled and treated me like a filthy rag after deflowering me.”

As the story goes, Akinbo and her husband, Dr Lawal’s first meeting was three years before the nuptial knot between them was tied. The distraught woman said she gave her nod to the relationship after prolonged persuasion and advice from Lawal and her own parents. She said: “I was born at Lagos Island Maternity and I had my primary and secondary school education in Lagos and was well brought up and nurtured in moral and religion by my parents. I met him (her husband) while working with the Nigerian Arab Bank in Ibadan.

“As a student member of the Nigeria Institute of Bankers, Dr Lawal who was then a medical student of University of Calabar met me in the course of my professional examination. His family members became close to my family and we fixed the wedding date. Ours was the first wedding held at Ansar u deen Central Mosque, Alakoro, Lagos Island on the 3rd of May 1986. The experience after our wedding was bad as he was always beating me. He sent me out like a dog after he deflowered me. I was too naïve to understand what went wrong so I started wondering if that was actually all what one experiences in marriage”.

But like an optimist, she had built hope on the fact that things would turn out fine between them one day soon. So, Akinbo said she had resolved that come what may, she would not quit her marriage. Her decision was rooted in the vow she made to herself that she would spend the rest of her life with any lucky man who deflowered her.

Akinbo and her husband had three children before their marriage eventually headed for the rocks. She said that her experience each time she was pregnant was painful because they always had quarrels whenever she conceived and each time the man would beat her blue and black. Speaking further on her travails in marriage, she said she experienced delay for some time before she eventually conceived. “It took long for me to conceive because of my experience in the home but the doctor managing my case advised me to be courageous and settle my mind and keep happy in order for me to increase the chance of getting pregnant”

The physician’s advice worked like a magic. “On November 28,1988 I had my first child but the baby was delivered outside my husband’s house because he had battered and sent me parking from home before my due date. I was solely responsible for the cost of delivery and her care. Before then I planned to abort the pregnancy but many people prevailed on me not to do so. Meanwhile, he did not care at all about the welfare of the baby.

“At that time I was living at our family house at Inalende, Idi-Ikan. My parents are from Ido-Owu but we have family house at Idi Ikan, Ibadan because my family also has a root in Ibadan. When the baby was a year and half old he came begging and after much efforts from him and his family members I returned to his house.

“Both of us are strong Muslims. But strangely, he was always finding faults and accusing me falsely of taking advantage of the fact that he sent me out of home to involve in extra-marital affairs. That was unfounded. He was doing that in order to prevent people from helping me. As time went by people started questioning why he always beat and sent me out whenever I was pregnant.

“I had a similar experience during the third pregnancy but I eloped when he wanted to beat me again as he did the first and second time. He came to my office saying he wanted me to be in pudah but my manager insisted he could not sack me just because I was having domestic problem with my husband. When he was planning to travel to Germany he asked me to resign my appointment with the bank in order for us to travel together but I refused.

“As the Chief Medical Director, Ibadan Municipal Local Government, he got a land allocation officially while still in Germany and asked me for the N5,000 he earlier gave me with an explanation that he wanted to use the money to buy the land rather than to use it for our upkeeps back home. I acquired the land on payment of N10,000 and obtained all the documents. On getting back from Germany he started making trouble with me again. One day in year 1991, while we were living on WO Lawal Street, Ibadan, he came home and locked me outside the house; I slept in the mosque that day.

“When trouble ensued when I was pregnant with my third child he locked me up at Iyaganku Police Station for arguing with him. That was when I vowed that I would not go back to his house again. I knew it would not be easy as a single parent because the society would be looking down on one as being irresponsible.

“It is sad to recall that he got me arrested for no just reason on the eighth day that I had my third child. He took my first two children (a four-year-old and Olalekan, the second, a one and half years old at the time) from me and sent me out”.

She explained that she developed emotional problem at the time as she was always crying. “At that time I would be crying at the sight of any child when passing by on the road. I was not opportuned to see my second child for a long time, “ she lamented. When she eventually did, she was shattered because he (the boy) had already had problems with his sight and speech.”

Akinbo said her husband came back for truce seven years after but she refused to go back to him. According to her,  apart from the decision she made never to go back to him, she was already  pregnant with another child for another man.

Her children were said to have located the house where she stayed and insisted that they would not go back to their father again. At that point, she said she reported the matter to the police for record purpose before she allowed them to stay with her.

Bringing the children up was challenging but the problem she is facing presently as a result of her daughter’s decision to get married despite her father’s refusal to bless the marriage is more daunting. Akinbo said: “After graduating at University of Lagos, my daughter who is above 30 years old, brought her fiance to me. I informed her father about it but he turned me back.

“My daughter insisted she would go ahead and marry as age was not on her side. We went to the registry at Popo with the plan to do introduction later. I took the matter to the Olubadan, Oba Soliu Adetunji,  Aje Oguguniso I. The king sent for them. My husband’s younger brother called Yakeen based in Abuja attested to the fact that I’m the mother of the lady that wanted to get married. We did the court wedding and other uncles to my husband were also there to witness the wedding held last year (2017) November.

“My (estranged) husband started making trouble over the wedding barely two months ago. I heard that he arrested two elders in the (his) family who witnessed the wedding. Those arrested, Raufu Omotosho and Raufu Adedoja, were released same day.

SHE GAVE OUT MY DAUGHTER IN MARRIAGE WITHOUT MY CONSENT

In a telephone interview with Dr Lawal,  he maintained that his wife erred by giving out their daughter in marriage without his consent and blessing. Describing the step as unacceptable, he said legal action was conceived by him and taken, stressing that “It has legal side to it”.However, Mrs Akinbo said that apart from having the knowledge that the man reported the matter to the police, she was not aware of any legal action taken or being taken by her estranged husband as “Up till when I came to Tribune to tell my story, I have not been served any court notice relating to Dr Lawal or any other matter.

Meanwhile, a letter dated October 31, 2018 signed on behalf of the Olubadan by his Media Aide, Mr Adeola Oloko, titled ‘Re-kidnapping of Nafisat Lawal,’  written to the Area Commander, Nigerian Police, Iyaganku, Ibadan, read in parts: “I am directed by His Royal Majesty to help throw some light on the matter as Nafisat Lawal was never at anytime kidnapped by anybody as mischievously alleged by his estranged father. If truth must be told, the palace of Olubadan was furnished sometimes last year that the relationship between the complainant and his wife was not too good, a development which has affected the relationship between father and child.

“Around November 2017, when Nafisat brought to Ibadan her suitor the matter was brought to the notice of the entire people of Igbonna community. All efforts made by the palace to invite the complainant to come to the palace to meet with his estranged wife and daughter along with members of his extended family proved abortive.

“By November 17 (2017)  when Dr Lawal could not be found, the lady in question got married at their family compound in the presence of virtually all members of the family. The Olubadan palace was duly informed about the development”.

Urging the police to treat Mrs Akinbo and others with respect in the matter, letter from Olubadan palace said: “The issue of Nafisat is not that of kidnapping, purely a disagreement between husband and wife, it is also about the  right of Nafisat to marry a man of her choice.”