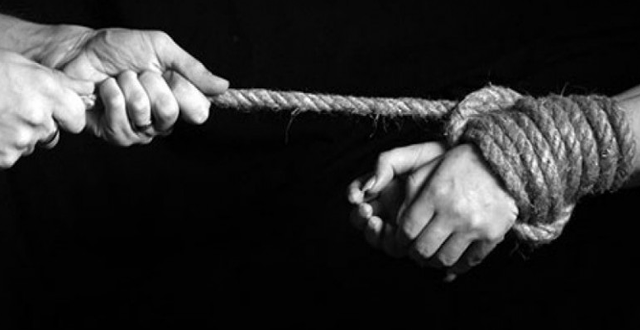 Justice Mohammed Liman, in his judgment, held that human trafficking has become a problem in society, adding that despite the plea of mercy by the convict, the law must take its cause.

The accused is therefore sentenced to three years imprisonment on each of the three counts to run concurrently”, the judge said.

The convict, also known as Helen Ehirobo and Mama Jennifer, was tried and convicted on three count of procurement of a person for prostitution and deceitful inducement.

The News Agency of Nigeria reports that the convict, who hails from Orhionmwon Local Government Area of Edo State, had been standing trial since 2011.

She was convicted of organising foreign travels which promoted prostitution and contravened the provisions of the Trafficking in Persons (Prohibitions) Law Enforcement and Administration Act, 2003 (as amended).

She was also convicted for having recruited an SS II dropout of Baptist College, Benin, who later became a fashion designer for her sister, Esther Ehirobo, who lives in Greece.

Reacting, Mr Nduka Nwanwenne, Benin Zonal Commander, National Agency for the Prohibition of Trafficking in Persons, described the judgment as another victory against human traffickers.

He reiterated the commitment of the Director General of National NAPTIP, Mrs Julie Okah-Donli, to the fight against human trafficking.

According to him, human traffickers will surely have their day in court, where justice will be dispensed without fear or favour for the good of society.