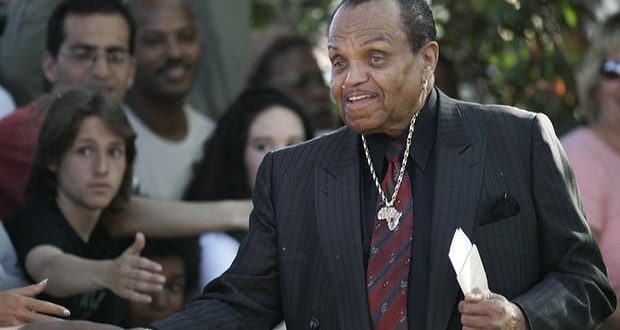 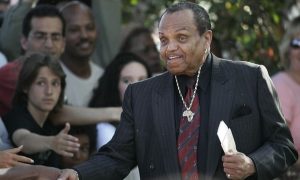 Patriarch who managed family acts the Jackson 5 and Janet Jackson – but was later accused of cruelty and abuse – died in hospital in Las Vegas.

Joe Jackson has died, aged 89. The music manager and father to 11 children, including pop superstar Michael and Janet Jackson, was being cared for in a hospital in Las Vegas. Jackson was said to be in the final stages of terminal cancer. He had previously suffered a stroke in São Paulo in 2015, along with a number of heart attacks. His grandson, Taj Jackson, confirmed the  news on twitter.

His fourth child, Jermaine, told the Daily Mail before Jackson’s death that his father had attempted to prevent visits from his family, withholding information about his location and diagnosis. They were permitted to see him on 19 June. “No one knew what was going on,” said Jackson. “We shouldn’t have to beg, plead and argue to see our own father, especially at a time like this. We have been hurting.”

On 24 June, Joe Jackson appeared to tweet from his personal account: “I have seen more sunsets than I have left to see. The sun rises when the time comes and whether you like it or not the sun sets when the time comes.” The tweet was accompanied by a photograph of Jackson looking at the horizon.

However, Paris Jackson, Michael’s daughter, tweeted her doubts that it had come from her grandfather: “This is a beautiful tweet. Though it upsets me to see whoever is in charge of this account taking advantage of it. My grandfather did not tweet this. I’m not sure if he’s ever used this account.”

Michael Jackson’s estate released a statement after his death.

“We are deeply saddened by Mr. Jackson’s passing and extend our heartfelt condolences to Mrs. Katherine Jackson and the family,” said John Branca and John McClain, co-executors of the estate. “Joe was a strong man who acknowledged his own imperfections and heroically delivered his sons and daughters from the steel mills of Gary, Indiana to worldwide pop superstardom.”

Joe Jackson’s legacy is the shaping and promotion of the Jackson 5, comprising his sons Jackie, Tito, Jermaine, Marlon and Michael, and later Randy. The young family band from Gary, Indiana, became a phenomenon in the late 1960s and 70s, with their first four singles, I Want You Back in 1969, and ABC, The Love You Save and I’ll Be There in 1970, topping the Billboard charts.

But Jackson’s legacy is also one of cruelty. In 2003, he told the BBC that he whipped Michael as a child. In 2010, he told Oprah Winfrey that he beat his children with a strap and didn’t regret doing so. “It kept them out of jail and kept them right,” he said. In the 2003 ITV documentary Living With Michael Jackson, the singer told interviewer Martin Bashir that his father would oversee the Jackson 5’s intense rehearsals “with a belt in his hand” and “tear you up, really get you” if one of the brothers missed a step.

” just remember hearing my mother scream, ‘Joe you’re gonna kill him, you’re gonna kill him, stop it,’” Michael recalled. “I was so fast he couldn’t catch me half the time, but when he would catch me, oh my god it was bad, it was really bad.” Michael also said his father would taunt him about his “fat nose”, and later told Winfrey he was so afraid of his father that he would sometimes vomit when he saw him. In 1979, Michael fired his father as his manager and took control of his career himself. The rest of the Jackson 5 followed suit in 1983.

In her 1991 memoir, La Toya Jackson wrote that her father beat his children and molested her and her sister Rebbie, claims she later said she regretted. Janet Jackson said her father only beat her once, but that they had a distant relationship. She confirmed rumours that he made his children call him by his first name. “‘You call me Joseph,’” she recalled him saying. “‘I’m Joseph to you.’” Receiving the inaugural Janet Jackson award at the 2018 Radio Disney music awards on 22 June, she paid tribute to “my incredible father”, who “drove me to be the best that I can.” Jackie, Tito, Jermaine and Marlon have denied that their father was abusive. His wife, Katherine, described his treatment of their children as in keeping with the times.

La Toya tweeted the following tribute: “I will always love you! You gave us strength, you made us one of the most famous families in the world. I am extremely appreciative of that, I will never forget our moments together and how you told me how much you cared. #RIP Joe Jackson.” 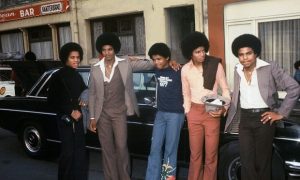 Joe Jackson was born Joseph Walter Jackson on 26 July 1928 in Fountain Hill, Arkansas, the oldest of five children. His parents split when he was 12 and he moved to Oakland, California, to live with his father Samuel. When he turned 18, he moved to be near his mother in East Chicago, Indiana. In Indiana, Jackson pursued his dreams of becoming a boxer and played guitar in an R&B group called the Falcons. He married Katherine Scuse in November 1949. After the birth of their first child, daughter Rebbie, in 1950, Jackson left boxing and became a full-time crane operator for US Steel to support his family.

Jackson is survived by his wife, Katherine, and their children Rebbie, Jackie, Tito, Jermaine, La Toya, Marlon, Randy and Janet. Their seventh child, Brandon, died at one day old on 13 March 1957. Michael Jackson died aged 50 on 25 June 2009. Jackson is also survived by another daughter, Joh’Vonnie, by Cheryl Terrell.

In 2013, Jackson defended his parenting and managerial style on Piers Morgan’s CNN talk show Tonight: “I’m glad I was tough, because look what I came out with,” he said. “I came out with some kids that everybody loved all over the world. And they treated everybody right.”

@CitizenOsun
Previous HELP! MY HUSBAND USUALLY RUB A CHARM MADE OF BLACK SOAP ON HIS GENITAL BEFORE HAVING SEX WITH ME – Woman tells court
Next SUCCOR: WHO REVEALS NEW DRUG TO SAVE THOUSANDS OF WOMEN’S LIVES FROM POST-CHILDBIRTH BLEEDING