Breaking News
Home / News / HELP! MY HUSBAND USUALLY RUB A CHARM MADE OF BLACK SOAP ON HIS GENITAL BEFORE HAVING SEX WITH ME – Woman tells court 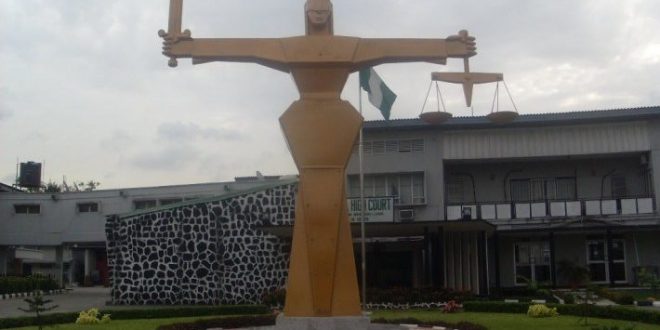 HELP! MY HUSBAND USUALLY RUB A CHARM MADE OF BLACK SOAP ON HIS GENITAL BEFORE HAVING SEX WITH ME – Woman tells court

An Ibadan-based businessman, Okanlawan Akinbile, on Wednesday asked a Mapo Customary Court to dissolve an 18-year old marriage between him and his wife, Folake, over alleged deception and disobedience.

Narrating his ordeal, the plaintiff informed the court that his spouse was deceptive and disobedient while her presence was a source of insecurity to him.

“My lord, Folake has completely changed from the cool, calm and easy going wife I used to know some 18 years ago into a dreadful monster at home.

“Little did I know that Folake had been deceiving me whenever she told me that some soothsayers informed her not to stay in my house for while.

“I noticed that on a number of occasions, Folake told me that she had to relocate to her parent’s residence because some sorts of evil will befall her if she dared stayed in my apartment.

“In fact, she deceived me into moving some of my property such as fan, generating set, TV and mattress there for her comfort.

“Then, she started spreading the rumour that I was attempting to use her for money ritual.

“Two years after Folake had departed my home, her brother who lived in Abijan returned home, to settle the misunderstanding between us.

“However, she soon went back to parking every now and then.

“Folake became highly disobedient to me, leaving home in the morning and returning in the night for no reason and challenging my authority.

“I have done everything within my capacity to satisfy her, sponsoring the two surgeries through which she had two of our children,” Okanlawan explained.

However, the respondent who welcomed the divorce suit, denied some of the allegations levelled against her, adding that her husband was an unrepentant ritualist, bent on using her.

Folake, who resides at Moniya area of Ibadan, earns her living as a fashion designer.

She accused the plaintiff of irresponsibility.

“My lord, I first moved away from Okanlawan’s home because he usually rubbed a certain charm made of black soap on his genital before having sexual intercourse with me.

“I was scared of that development and what might become of me if I continue with him.

“Again, in 2017, he gave me a certain ring with a thread as my birthday gift and pleaded with me to always wear it.

“Then, I became suspicious of Okanlawan and the ring when he later prostrated before me to wear the ring, despite the fact that he gave me a ring for our wedding.

“That was the reason I left his house ever since then, my lord.

“I actually deceived him when I told him that I received a message from a prophet that I shouldn’t stay in his home.

“I don’t want him to use me as a sacrificial object,” Folake stated.

The President of the court, Chief Henry Agbaje, asked the duo to furnish the court with more evidence to substantiate their claims.

Agbaje adjourned the matter till July 9 for continuation of hearing.