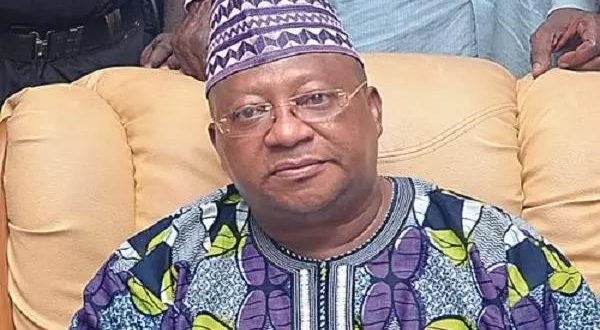 An Osun State High Court sitting in Ede has ordered that  Mr. Alfred Aderibigbe, the nurse, who administered drugs which allegedly killed Senator Isiaka Adeleke be remanded in prison custody.

According to a statement made available to our correspondent in Osogbo on Sunday by the Press Officer, Osun State Ministry of Justice, Mr. Opeyemi Bello,  Aderibigbe, who was arraigned on murder before Justice Ayo Oyebiyi on Friday pleaded not guilty to the charge preferred against him.

Counsel to the accused person, Mr. Soji Oyetayo, prayed the court to grant the nurse bail. He told the court that there was an application filed and submitted to the court for his client’s bail.

The Acting Solicitor General and Permanent Secretary, Ministry of Justice,  Mr. Dapo Adeniji, who led the legal team from the ministry opposed the bail application.

The presiding judge in his ruling ordered that the accused should be remanded at the Ilesa prison till June 29, 2018, when the case would come up for hearing.

Adeleke, a serving senator died on April 23, 2017, after he was treated by the nurse and his death sparked a riot with insinuation from his supporters that he was poisoned because of his governorship ambition.

The state government instituted a coroner to probe the cause of the death and the nurse was indicted by the Magistrate, Mr. Olusegun Ayilara, who recommended him  for trial.

The Consultant Pathologist, at LAUTH, who carried out the autopsy on Adeleke’s corpse, Dr. Taiwo Sholaja, also told the coroner that  Adeleke died of drug overdose and not poison.

@CitizenOsun
Previous SAD: How 63 years old popular Osun farmer; Idowu Oluwaponmile Samuel was killed in his farm
Next I sold my baby to raise money for her siblings, says mother